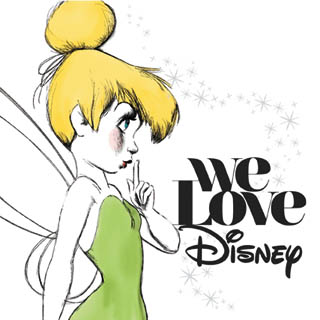 
“We Love Disney” takes 13 of some the most iconic Disney tracks and puts them in the hands of contemporary hitmakers such as Ariana Grande, Gwen Stefani and Fall Out Boy for a fresh update, but the album feels more like a pleasant hodgepodge.

Some of the tracks - like Kacey Musgraves’ “A Spoonful of Sugar” from “Mary Poppins” and Rascal Flatts and Lucy Hale’s “Let It Go” - get a genre, or country, makeover, while Jason Derulo’s “Can You Feel the Love Tonight” from “The Lion King” and Jhene Aiko’s “In A World of My Own/Very Good Advice” do a minimal invasion contemporary lift. But tracks like Jessie Ware’s “A Dream Is a Wish Your Heart Makes” and Grande’s “Zero to Hero” remain almost unchanged bar the vocals.

Stefani gets the unglamorous task of taking over for Kermit the Frog on “The Rainbow Connection,” but acquits herself impressively. Ne-Yo’s take on “Friend Like Me” is more energetic and smoother, and Jessie J’s “Part of Your World” lends itself to a more grown-up little mermaid.

The album tries to stride the line between original and commercial, but it’s never really sure why. AP