Lee Chun-soo reflects on his career

Lee Chun-soo reflects on his career 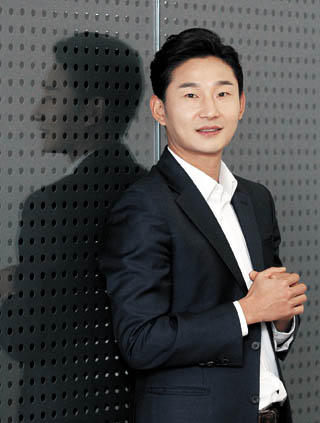 Incheon United forward Lee Chun-soo has many nicknames, some positive and some negative. From “Millennium Special,” to “Soldier of Fortune,” he’s proven to be no average footballer. Whether on the pitch or off, the 35-year-old has a dynamism that’s unrivaled in his sport.

But that actions and attitude was put to the wayside last week, when Lee announced Thursday on the JTBC News Room that he was hanging up his boots for good. He confirmed the end of his 24-year football career Sunday, explaining the decision in a press conference.

Lee was an integral player on Korea’s national team during the 2002 FIFA World Cup, when Korea reached the semi-finals.

In the same tournament in 2006, he played his way into national sports history with a beautiful free kick goal against Togo.

At the same time, he received attention for his provocative, often cocky, commentary, while his actions off the field gave him a reputation as a troublemaker. Still, he was a prolific athlete, playing football in Spain, the Netherlands, Saudi Arabia and Japan. Now, Lee said he plans to pursue a new career as a football commentator and direct the youth team for Incheon United.

Q. Your retirement was a surprise. What influenced your decision?

A. Every football player thinks about retirement when they start playing football. I knew I would have to retire one day. I talked with a few senior players and they told me there is eventually a situation where you’re forced to retire. I don’t know if this is the right time to retire, but I really thought about retiring after the first half of this season ended. I know my football skills are no longer what they were in my prime, and I wanted to leave at a time when I knew I still had people who supported me.

What was the reaction from your family and your club?

I felt sorry for my wife. She went through a difficult time with me, especially when I was on the voluntary retirement list. I had to show her that I’m a good husband, but now I’ve decided to retire (laughs).

Before making the decision, I also talked with my club and coach [Kim Do-hoon]. They told me to keep playing and I had to wonder whether I would be disappointing my fans.

What is the most memorable moment in your career?

It has to be the 2002 World Cup. It was great because everybody performed well, but personally, the 2006 World Cup remains in my memory. I learned after I experienced it that it’s really difficult to score in the World Cup.

Your public image wasn’t always positive. What do you think?

I learned that public image is really terrifying because you can’t even walk on the street comfortably. After I went pro, most of time, I wore a hat when I went outside. I was already a provocative person and had made mistakes. I talked aggressively to show my confidence, but those actions and words became my image. When I’m playing on the pitch I’m really happy, but after the match, I feel small because I’m back to normal life. I thought people would glare at me no matter what I did because I was Lee Chun-soo. But I’ve been trying to approach other people first. Recently, I heard one of my neighbors say, ‘Lee Chun-soo isn’t as bad as I thought.’ I noticed that when I approach people first, they are more receptive towards me.

Didn’t you want to play for the national team again before retiring?

Well, I think I did make a personal appeal, but they didn’t pick me (laugh). Honestly, I think my first year with Incheon United was the last opportunity for me to play for the national team. Last year, I noticed that the national team is running on a long-term plan, so my desire to play on the national team disappeared. I would be old in the next World Cup, and I think it’s important for young players get experience and perform their best in the final stages. I didn’t watch the national team games I didn’t play, but I started to watch them in 2010. Now I can see how the match is played and sometimes can predict the scores. In the past if I was a master at playing football, then now I’m becoming a master at watching football. (laughs).

What’s your plan after retirement?

I’ve always played football, but football isn’t the No. 1 sport in Korea. I was always sad about that when I was playing football. I had an interest in becoming a commentator or an analyst, and I got this offer from JTBC. I want to talk about football and I hope that football can gain more popularity through me. I think that’s one thing I can do for young players right now as a veteran. Of course, I also have the mind to coaching players. I want to deliver my experience and know-how to young players.

Are you confident you can do your job well considering other senior players like Ahn Jung-hwan and Lee Young-pyo have gone on to work as football commentators on other broadcasting channels?

You know, one of my nicknames was “Mouth Chun-soo,” (laughs). When I was with Ahn or Lee, I was the best talker. Now, Ahn and Lee are my rivals, in that respect.

I was never No. 1 in my playing career, but I always the one who put pressure on the top player.

I was always a hard-core working guy. From my childhood, I played football with a dogged spirit because I didn’t want people saying that I couldn’t succeed as a player because of my physique, even though my football skills were good. I think I’m a fortunate player, and honestly, I don’t know whether I was a good footballer. But at least I can say that I tried my best.