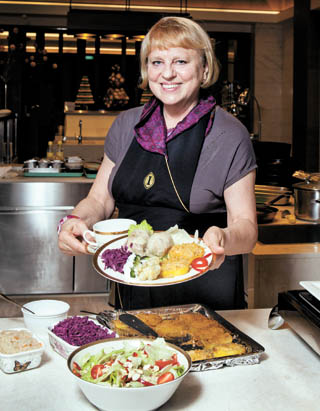 It was 2011 when Zofia Majka first flew to Korea, accompanying her husband, the Polish ambassador, to his new post on the opposite side of the globe. Landing in a country with a different culture and lifestyle, Majka recalls being blown away by the city’s landscape, especially the endless rows of skyscrapers. But to her luck, there was one thing her home country and Korea had in common.

“Kimchi is quite similar to the Polish sauerkraut,” Majka said. “It incorporates many different types of spices, which leads to a variety of tastes.

“I actually bought a set of kimchi jars to take with me to Poland.”

Q. Why did you choose zrazy for today’s main dish?

A. It is every Polish family’s favorite dish and often served during special occasions. It isn’t too difficult to learn how to prepare, and only after a couple of tries, anyone can master it. Zrazy also includes almost all the ingredients popular among Poles: meat, vegetables and potato. 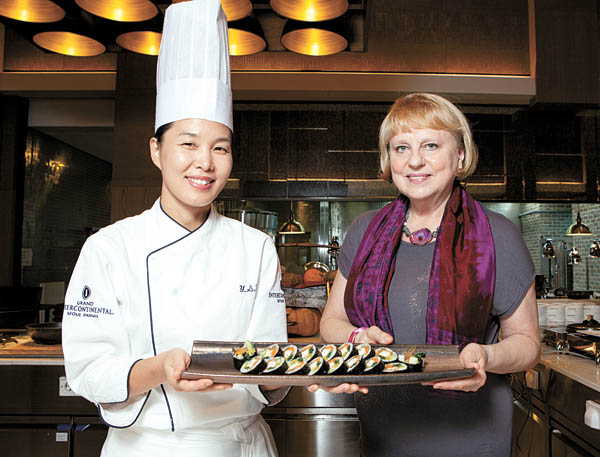 By cooking this special meal, I wanted to show the difference between Korean and Polish cuisine, which is a result of different climates and traditions. In Poland, potato crops are very common and are the key ingredient in most Polish dishes, similar to rice in Korea. When cooked properly, potatoes are very nutritious and healthy. They are also easy to store during the winter.

What Korean aspects can you find in zrazy?

Polish and Korean cuisine have many commonalities. Polish dishes, just like Korean ones, are prepared using very little salt and lots of herbs and vegetables. Rather than being deep-fried or fried over a long time, vegetables are steamed.

Another common feature is the use of ingredients that undergo fermentation processes, like pickled cucumbers, tomatoes and mushrooms. 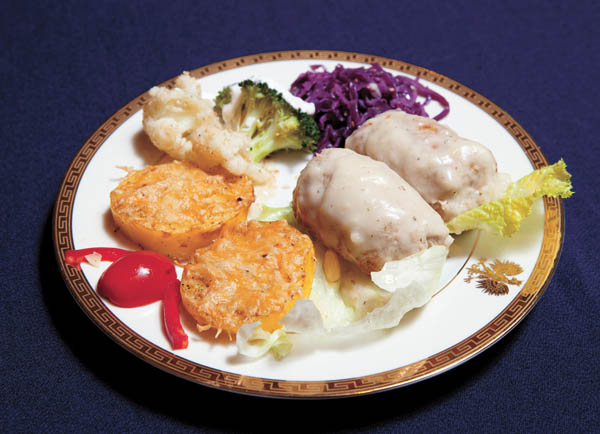 Polish cuisine is very famous for its variety of tasty food grains, such as buckwheat. It usually accompanies meat, just like rice does in Korea. Polish buckwheat is really worth a try. Although it is not so popular outside of Poland, it is very tasty and healthy.

For centuries, Polish cuisine was rich in game, poultry, pork, beef and fish - especially freshwater fish. Some cold snacks are also noteworthy, like those made out of herring.

The specialties of regional cuisine are something not to be missed. They are extremely diverse due to different agricultural conditions, customs and traditions, with each region offering a unique selection of tasty homemade products and food. For example, there are cheesecakes made out of yeasty dough mixed with poppy seeds, and oscypki, smoked cheese made out of sheep milk. Oscypki, or oscypek, is a protected trade name under the European Union’s Protected Designation of Origin (PDO). [According to the European Commission, PDO covers agricultural products and foodstuffs which are produced, processed and prepared in a given geographical area using recognized know-how.]

Some unique dishes are made for special holidays like Easter and Christmas. Poles know how to make excellent desserts, including poppy seed cakes.

What ingredients from Polish cuisine are hard to find, and where can you source them?

When it comes to the main Polish dishes, there are no problems obtaining the key ingredients, including the various sorts of meat, potato and vegetables. All of these products can be purchased at Costco.

What are the best restaurants in Seoul serving Polish cuisine or a similar one? 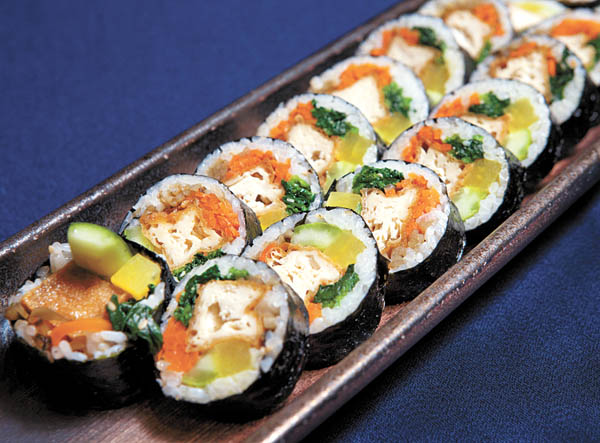 Unfortunately, there isn’t a restaurant in Seoul that serves typical Polish cuisine. There is, however, a Bulgarian restaurant called Zelen in Itaewon-dong, central Seoul, where some Polish dishes - or very similar ones - are served. The restaurant is owned by two brothers who are half-Polish, as their mother is from Poland.

Not too much because I’ve always tried to stay away from fried foods and avoid cooking vegetables for a long time; living in Korea only solidified that habit. Some changes I’ve picked up are the addition of sesame oil in my dishes, cooking thicker pumpkin soup and using kimchi jars when pickling cabbage.

There are two Korean dishes that I like the most: kimchi and bibimbap [rice mixed with various vegetables and red pepper paste]. I especially enjoy bibimbap because it consists of many raw vegetables and is therefore very healthy. I also really like dishes with ginseng, as well as seafood. Seafood isn’t common in Poland, but it seems Poles nowadays eat more and more of it. I also like seaweed because it has a very unique taste. To me, seaweed is quite similar to Polish chips.

What are you observations about Korea?

My first impression of Seoul was that it is a huge city where a great majority of Koreans live. This sole impression was, of course, quite wrong because Seoul doesn’t represent the whole country. Outside of Seoul, Korea is a country of mountains, rivers, forests and rice fields, and a place where blooming cherry blossom trees and azaleas make beautiful colors in the spring.

I can also see similarities between Korea and Poland in their tragic histories. Koreans and Poles are very similar when it comes to historical awareness, tradition and cultivation of customs. The memory of those that gave up their lives to protect the country is still very much in the hearts of both Poles and Koreans.

Another common characteristic between Korean and Polish people is the attachment to world heritage. Despite the colossal destruction brought by World War II, Poland still has many world-class historical monuments and sites; 14 are enlisted on the Unesco World Heritage List. Korea, like Poland, is very active in this field.

Which places in Seoul do you enjoy visiting the most and why?

Bukchon Hanok Village in Jongno District, central Seoul, is a historical street with traditional Korean houses, known as hanok, with ondol underfloor heating systems. After a walk here, I often sit down at a tea shop near the Bukchon Asian Art Museum, which is located nearby, and look out at Gyeongbok Palace and the Polish Embassy.

The coffee shop and view of modern skyscrapers in Korea make me think about and reflect on the histories of Poland and Korea and how similar they are to each other. This is probably why our countries both understand that taking care of national heritage is very important because a country without its heritage is like a tree without roots.

Insa-dong in central Seoul is also one of my favorite places where I can find everything that makes me fond of Korea: celadon, traditional masks and najeonchilgi [lacquerware made out of abalone shells]. I also like the Seoul Arts Center in Seocho District, southern Seoul.

Every great capital has a diplomatic corps representing their countries and promoting their own cultures. Ambassadors are expert entertainers and their spouses are often skilled at introducing the cuisine of their homeland to their foreign hosts. In this series, the Korea JoongAng Daily asks the spouses of Seoul’s ambassadors to introduce our readers to a favorite entree from their homelands. In each installment, her excellency will be joined by a chef from one of the two InterContinental hotels in Seoul who prepares a Korean dish that complements the foreign offering. Mashitge deuseyo, smacznego and bon appetit!