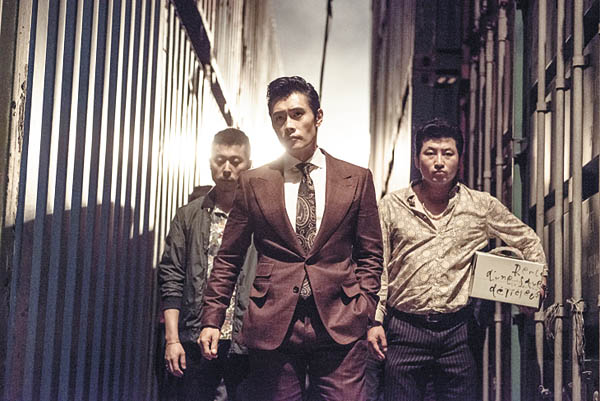 Based on the popular webtoon of the same name by Yoon Tae-ho, this Korean crime drama delves into societal corruption, as represented by the convergence and clash of the media, chaebol, politics and gangsters.

Internationally known actor Lee Byung-hun plays the role of Ahn Sang-gu, a political henchman who does the dirty work for lawmaker Jang Pil-woo.

Jang makes a secret deal with the biggest sponsor of a widely read conservative newspaper.

As such, Lee Gang-hee (Baek Yoon-sik), an editor at the paper, helps Jang rise to fame and become the leading candidate for president.

One day Sang-gu gets caught while snooping for his boss and is punished severely.

As a result, Gang-hee and Pil-woo immediately cut ties with him, leaving him all alone and seething with desire for revenge.

Enter Woo Jang-hoon (Cho Seung-woo), a prosecutor who throws himself into this situation as a chance to advance his career.

While investigating the case, Woo crosses paths with Ahn, who switches his allegiance.

In this battle of greed, vengeance, trickery and power, who will reign supreme?

The film opened nationwide on Nov. 19 and instantly swept the local box office, claiming the first place and becoming the fastest R-rated film in Korea to ever reach one million tickets sold.

Within a week of its release, the film amassed 2 million tickets sold, breaking another record. 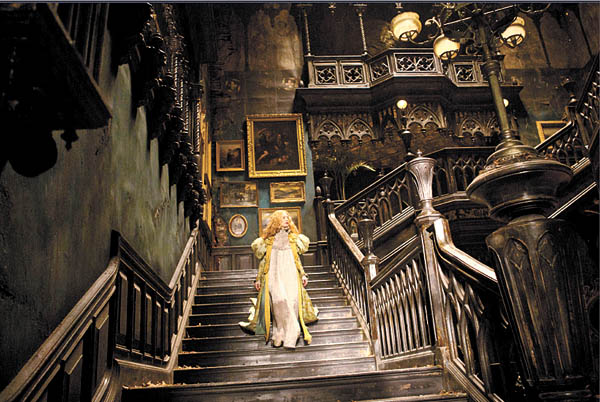 If you thought Tom Hiddleston was enough of a bad guy as Loki in “The Avengers” (2012), think again.

The baronet and his sister Lucille, played by Jessica Chastain, visit Buffalo, New York, for investment-related business as well as to search for a bride.

Even though Cushing disapproves of Thomas, given the behavioral oddities of the Sharpe siblings, the romance between Thomas and Edith blossoms.

Once Carter is conveniently mysteriously murdered, however, Thomas sweeps Edith off her feet and to the Sharpe’s residence, Allerlade Hall - a crumbling mansion on top of a red clay mine that oozes like blood when the snow falls.

But the creepy, uninviting nature of the house is only the beginning.

As Edith uncovers the secrets of the house, and of the Sharpes, she is consumed by the evil that surrounds her. 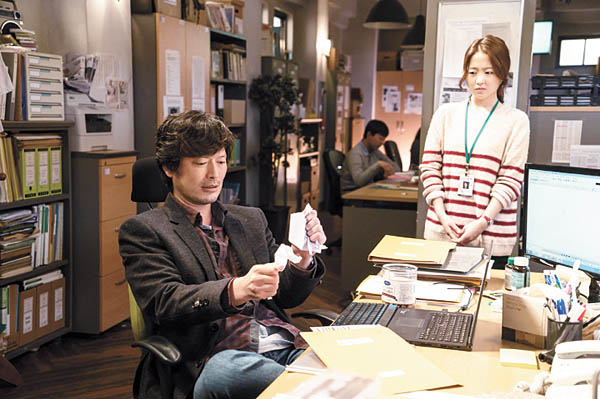 Popular Korean actress Park Bo-young stars in the newest comedy-drama from filmmaker Jung Ki-hoon. She plays the role of Do Ra-hee, an eager college graduate.

An aspiring journalist, Ra-hee has her head in the clouds as she dreams of a chic lifestyle with a successful career, which she assumes to be easily attainable.

Her dream and ego get stomped after each and every rejection from major companies. Just when all hope seems lost, she lands an internship position at a third-rate entertainment company.

But when she sets out for her first day at work, Ra-hee gets a major reality check: far from her imagined ideal, the work is grueling, people are demanding, and worst of all, regardless of all the effort she puts into her duties, she gets paid less than minimum wage.

With a picky boss (Jung Jae-young) constantly hovering over her, Ra-hee needs to learn the right ways to survive and rise above the messy journalism and entertainment world.

For those in need of break from computer-generated images, check out “The Boy and the Beast,” the latest animation created by Mamoru Hosoda. The man behind the iconic Digimon Adventure franchise pays homage to traditional hand-drawn animation.

As suggested by the title, the animation is set in a fantasy universe where two worlds, one of the humans and one of the beasts, exist separately.

In the human world is a 9-year-old boy named Kyuta, who runs away from his family after his mother passes away. Lonely and out on the streets of Toyko’s Shibuya district, one night Kyuta stumbles upon a corridor between two buildings, which turns out to be an entrance to the beast world - where no humans are welcome.

Yet, Kyuta finds his place in this world, as he and the warrior-like bear Kumatetsu form an unlikely bond. Kumatetsu takes in Kyuta as his apprentice and, though at times Kumatetsu turns out to be an inept teacher, he trains him in all types of martial arts.

Time passes blissfully. Kyuta, now 16 years old, returns to the human world where he falls in love with a girl and also develops an urge to reconcile with the family he deserted. But what could this mean for his ties with Kumatetsu and the beast world? 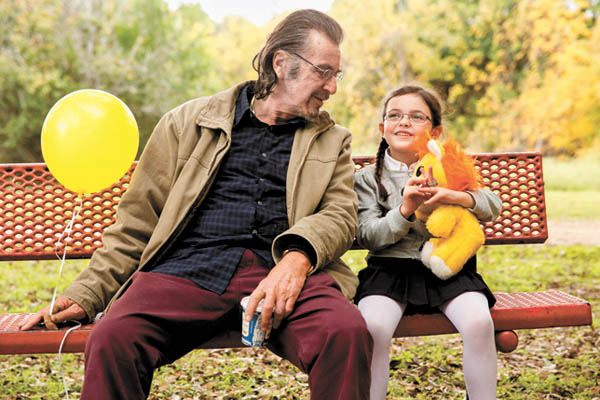 In this drama, renowned American actor Al Pacino plays the title character, Manglehorn, a Texas locksmith stuck in his past memories while letting life pass him by.

This recluse gets through his days by taking care of his cat, adoring his granddaughter, making somewhat futile attempts to reconcile with his estranged son, and making keys for his customers - all the while keeping his heart locked shut except for Clara, a long lost love who left him many years ago.

In fact, he constantly writes letters to Clara, expressing heavy sentiments like, “Loving you is the only thing I’ve ever done right,” and “I’m a wounded man. I got real pain in my heart,” only to find these letters returned to him.

Enter Dawn (Holly Hunter), a bank teller with a big heart who remains unfazed by Manglehorn’s aloof and grumpy demeanor and somehow manages to befriend him.

As the two become closer, Manglehorn slowly learns to adopt a more positive outlook on the world, to better appreciate those present in his life, and finally to love again.

Dong-wan (Kim Dong-wan from K-pop group Shinwha) is an aspiring musician who hopes to headline someday the Pentaport Rock Festival, the biggest rock festival in Korea.

For five years, Dong-wan has served as the event manager for the rock festival and has become a connoisseur of the rock music scene. But, to his dismay, he hasn’t gotten any closer to his dream of becoming a rockstar himself. He decides that he will stay with the festival for one last time and pursue his music dream afterwards.

At the same festival is Phillip, who struggled to find a job for years after graduating from college.

He miraculously lands on a part-time job at the festival as an interpreter.

While Phillip is determined to cause no trouble and prove his worth, things don’t go as planned when he meets Mina.

Mina, hailing from Japan, arrives in search of her boyfriend, who will perform at the festival. She gets an interpreter position as well. Far from the grand reunion with her beau she anticipated, Mina’s attention wavers between Dong-wan, magnetically superior yet cold-hearted, and Phillip, who provides a shoulder she can lean on.

Directed by filmmaker David Cho, a veteran of Korean romance flicks, “Life is But an Empty Dream” depicts the lives of these young adults who grapple with the reality of straying from their hopes and dreams.


More information is available on the websites listed below