Park wakes up to $12m reality

Park wakes up to $12m reality 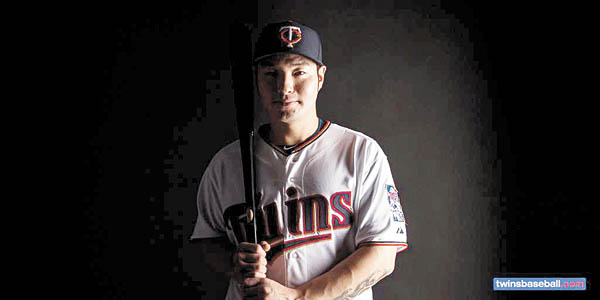 Korean slugger Park Byung-ho has finally achieved his dream to play in Major League Baseball although his contract with the Minnesota Twins turned out to be a rude awakening.

The Twins on Wednesday (Korean time) announced they have agreed to a $12 million, four-year deal with a club option for 2020.

Park will be formally introduced at Target Field in Minneapolis today (Korean time). He left for the United States on Sunday.

Analysts are saying Park’s salary deal is less than expected since the Twins placed a high bid of $12.85 million after he was posted by the Heroes in the Korea Baseball Organization.

His posting fee, which will now be in the hands of the Heroes, was the second highest for an Asian field player since Seattle Mariners submitted $13.12 million for Japanese outfielder Ichiro Suzuki in 2000.

After winning exclusive negotiation rights for the two-time KBO MVP on Nov. 9, the Twins have been at the negotiation table with Octagon, the U.S.-based agency representing Park.

Analysts have previously predicted that Park would get a four or five year deal worth between $20 million and $25 million because his posting fee was more than double that of Kang Jung-ho. The 28-year-old shortstop, who is a former teammate of Park at the Heroes, signed a four year deal worth $11 million with the Pittsburgh Pirates last year after marking a posting fee of $5 million. Kang was also represented by Octagon, the same agency Park hired.

However, in the announcement from the Twins it turns out there is no big difference between Park’s salary and Kang’s. Kang received $2.5 million this year.

“It is true that Park’s contract value isn’t satisfying the expectations of Korean fans here,” said Song Jae-woo, an analyst for MBC Sports Plus. “Minnesota Twins are a very calculative team. In their perspective, the posting fee is also a big investment.”

Excluding taxes and agent fees, Parks’ actual earnings can be similar to Park Sok-min, who signed the most expensive deal in the KBO with NC Dinos on Monday.

The free agent from Samsung Lions inked a four-year deal which gives him maximum 9.6 billion won ($8.2 million) including an option.

In an interview before departing to the U.S. on Sunday, Park already hinted that he might not get a big contract, but will sign the deal if the condition seems acceptable.

“The salary deal might not be as big as many people think,” Park said on Sunday at the Incheon International Airport. “What’s important is that I should be guaranteed to play many games,”

Some analysts have pointed out that the current posting system gives more advantage to American clubs. Under the agreement between the MLB and the KBO, the highest bidding team has the exclusive right to negotiate with the posted player. In Park’s case, if he didn’t reach agreement with the Twins, he had to wait another year to get posted or spend two seasons to become a free agent to negotiate with MLB clubs.

Park, the first player in KBO history to lead in home runs and RBIs for four consecutive seasons, is the second Asian player to sign with the Twins through the posting system.

The three-time World Series champions previously signed Japanese infielder Tsuyoshi Nishioka in a three-year deal for $9.25 million in 2010 after winning the bid at $5.32 million. However, the 31-year-old, who is now with Hanshin Tigers, had just a .215 batting average with 20 RBIs over two seasons and walked away from the last year of his contract to return to Nippon Professional Baseball.