More than just a game

More than just a game 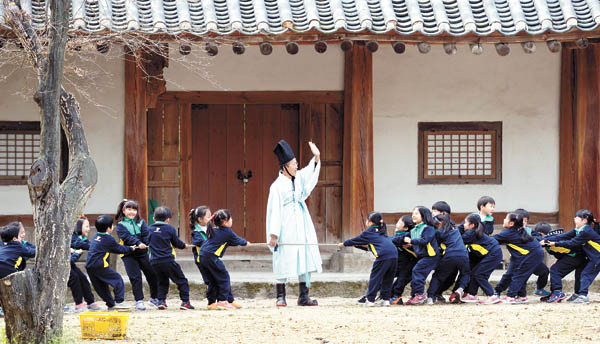 A traditional Korean folk version of tug-of-war has been added to Unesco’s list of Intangible Cultural Heritage, jointly with other similar traditions from three other Asian countries - Vietnam, Cambodia and the Philippines. The decision was made at the 10th session of the Intergovernmental Committee for Safeguarding of the Intangible Cultural Heritage held last week in Windhoek, the capital of Namibia. The Korean version of the tradition is called juldarigi. It is an agricultural ritual that is carried out to wish for rain and abundant harvests. With this, Korea now has a total of 18 folk traditions on the Unesco list, including nongak, the traditional music performed by farmers, and kimjang, the making and sharing of kimchi. This 2014 file photo shows kindergarten students engaged in juldarigi at Sungkyunkwan, a Confucian academy in central Seoul. [NEWSIS]