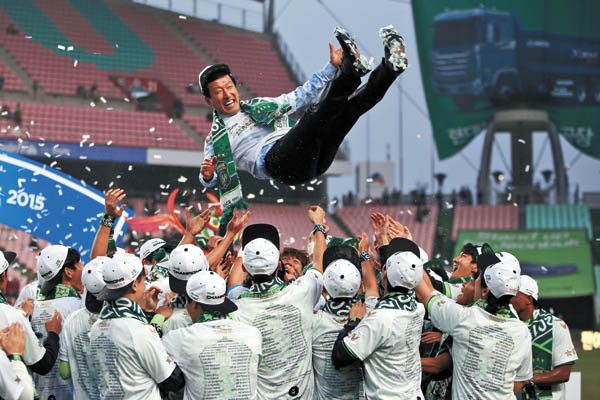 The only surprise this year was in men’s volleyball, when the Ansan OK Savings Bank Rush & Cash took the league championship over the seven-time defending champions Daejeon Samsung Fire Bluefangs. The Bluefangs have been in the V-League finals every year since the league was established in 2005.