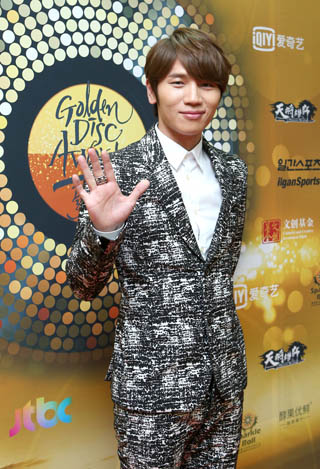 The agency said Davichi has featured their voices on the ballad song.

Having started out in 2007, K-Will has been singing many hit ballad songs such as “Please Don’t” and “Dropping the Tears.”

The singer recently featured his voice on the comeback album of K-pop trio Turbo.

Hit film and Screen X tech on view in the U.S.

CJ CGV, a local multiplex chain, said on Thursday that the hit Korean film “The Himalayas” is being screened at the Los Angeles branch of CGV, which has Screen X technology, starting this month.

The technology was co-created by CJ CGV and the Korea Institute of Science and Technology. The technology projects motion pictures onto a theater’s two side walls as well as the main screen.

CJ CGV said in a press release, “Of all the 124-minute running time, 25 to 30 minutes of film will be screened through Screen X, and we tried to highlight spectacular view of nature in the film.”

The film is based on the true story of famous Korean mountaineer Um Hong-gil and his expedition group, who climb Mount Everest in the Himalayas to recover the body of one of their fellow climbers.

The film has been topping the box office in Korea since its release on Dec. 16.