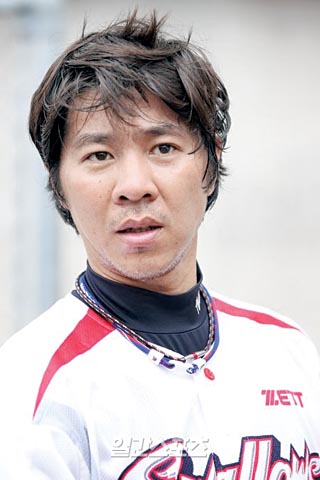 Lim Chang-yong was the top closer in the Korea Baseball Organization last year with 33 saves, but he’s been keeping his head down since October, when he was accused of illegally gambling overseas.

After being investigated by local prosecutors and admitting to some of the charges, Lim was released by Samsung Lions in November, with his name excluded from the team’s reserve list.

On Jan 8., the KBO suspended Lim and former teammate Oh Seung-hwan for half a season - equivalent to 72 games in 2016 - if they return to the domestic league. Oh later signed a deal with the St. Louis Cardinals in Major League Baseball.

Nearly a week later, the Seoul Central Court followed with a 10 million won ($8,349) fine for both players.

Lim, who previously played with the Chicago Cubs in the Major League Baseball and Yakult Swallows in the Nippon Professional Baseball, made his pro debut in 1995 with the Haitai Tigers (now the Kia Tigers) and has won the saves title three times. He also has three Asian Game gold medals (1998, 2002, 2015) and an Olympic bronze medal (2000), and was a part of Korea’s runner-up finish in the 2009 World Baseball Classic.

But his career is now on the verge of coming to an end. Lim, who has amassed 360 saves in the KBO and the NPB, will turn 40 this June. In a phone interview with JoongAng Ilbo on Friday, Lim discussed his career, and how his days as a professional player may be numbered.

Q. Your punishment ended up being a fine. How did that make you feel?

A. First, I want to say sorry to the fans that I disappointed. I did issue a letter of apology through my lawyers, but I know that’s not enough. I admitted candidly to the Lions that I had gambled, and I was cooperative with the prosecutors’ investigation.

How do you feel having been punished?

It’s obvious that you have to accept the consequences when you commit a crime. I will also serve the KBO’s punishment. Until recently, I thought I might have a chance to play baseball again if I take time for self-reflection and remorse, but it seems that in reality, it’s the opposite.

Are you negotiating with any teams right now?

There are none. I’m old and the public’s opinion of me is not good.

Did you felt that fans have reacted very coldly towards you?

I read almost all my fans’ comments on articles about me, but when I see negative comments these days, it makes me so sad. What drove me this far has been the support of my fans. I was at my happiest when fans supported me despite all my failings, and that allowed me to make it to the MLB and NPB even if others doubted me. But now I’m getting only curses from fans. I now fear that even if I sign with a club, I won’t be able to face the fans.

Can you talk about your gambling?

In Nov. 2014, I gambled about 40 million won at a VIP room in a casino in Macau. But that’s all, and I’ve told that to prosecutors. There were reports that I know a gang member there, but I’ve never met him. Although it has been rumored that he is a friend of mine because we have same hometown and same age, all of that is not true. I discovered this guy is actually older than me.

There were media reports in Japan that you tried to sign with Japanese clubs before the prosecutors started to investigate the case.

That’s not true, either. Here’s what happened: During last season, some Japanese clubs did make me some offers. By then, I was regaining my confidence after having surgery on my right elbow three years ago. So I did look through my agent into playing abroad. But in Japan, the situation was reported like I was trying to flee to Japan before the prosecutor’s investigation. They just framed it as I was on the verge of being investigated. It was sad, but nowhere would listen to my side of the story.

What’s your plan for now?

I have been staying at home since then. It’s hard for me to go outside because of the way people look at me. I’ve ruined my baseball career. People will probably remember me as a criminal. I’m just sorry for my wife and my two sons.