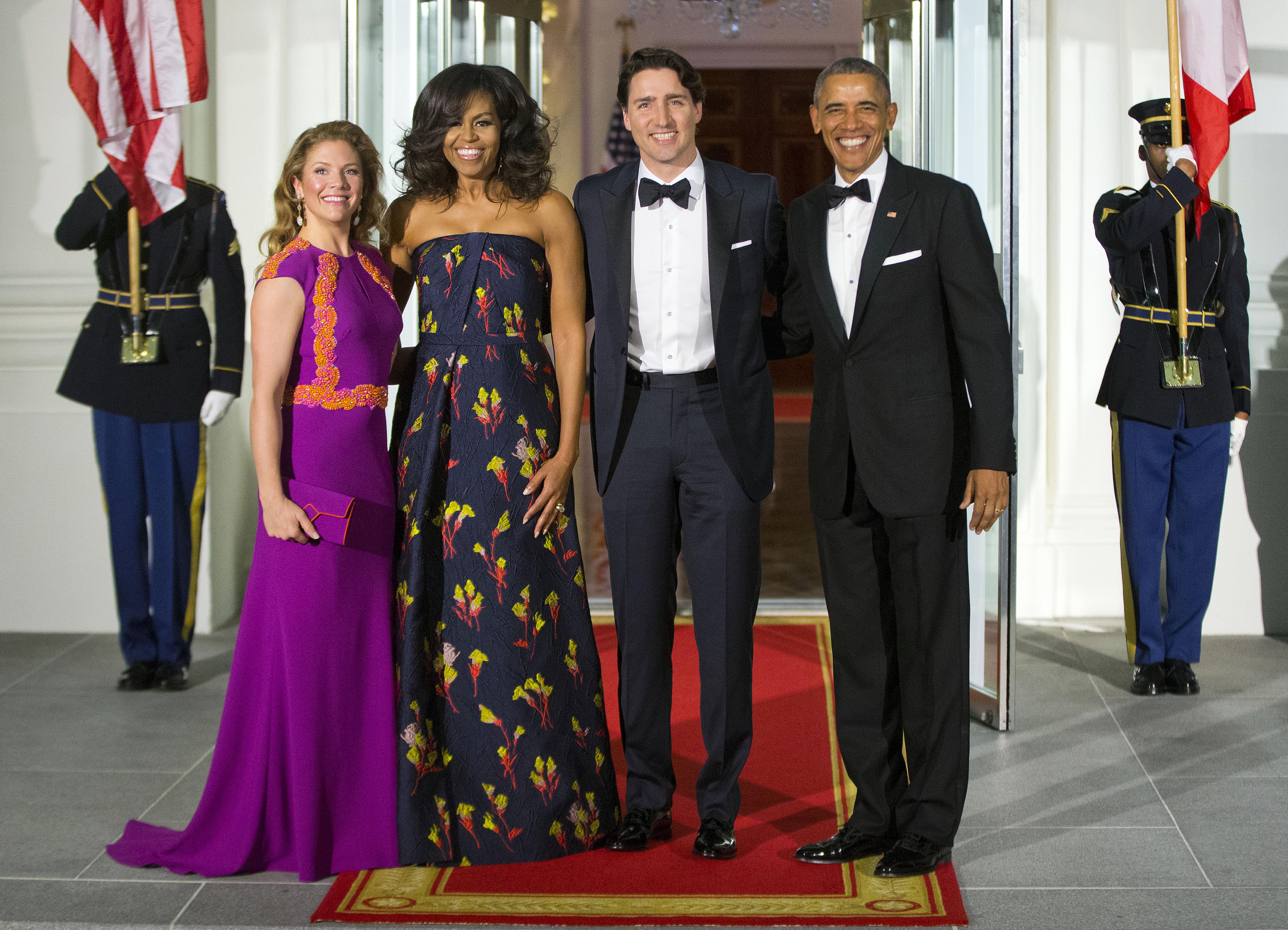 The deep blue dress by Jason Wu, who also designed the first lady’s inaugural gowns, featured a playful flower pattern and asymmetrical draping. Obama wore her hair in full, loose waves, with long bangs swept to one side.

Like Obama, Gregoire-Trudeau is considered a fashion icon whose event outfits are widely anticipated and celebrated.

Both women also sported springtime looks earlier Thursday for a welcome ceremony at the White House. Obama chose a sleeveless green and black frock by Toronto-born Tanya Taylor. Gregoire-Trudeau wore a knee-length red and pink dress by Matis
With the dress by Wu, who grew up in Canada, the first lady continues her tradition of wearing dresses to White House dinners by designers representing the nation being honored.