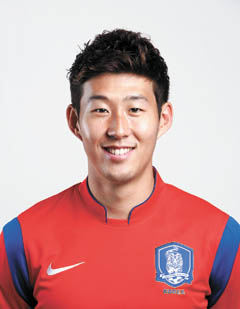 Even though Tottenham Hotspur forward Son Heung-min was excluded from upcoming national team matches, he will still likely play in the Rio Summer Olympics as a wild card.

South Korean national football team manager Uli Stielike announced the national team roster yesterday for the two matches against Lebanon on Mar. 24 and Thailand on Mar. 27. Son wasn’t on the list for either.

Stielike explained that Son’s absence from the matches scheduled this month was to curry favor with Tottenham, in hopes they would allow Son to attend the Olympics in August.

Son would be joining as a wild card because under current Olympics regulations, only players 23 years old or younger are allowed on the regular roster. But three players the wild cards are allowed to play with no age restrictions.

“Olympics football team manager Shin Tae-yong and Son stayed in contact to discuss Son joining the Olympics squad as the wild card,” said Stielike at the press conference yesterday to announce the roster. “Son is determined to attend the Olympics.” 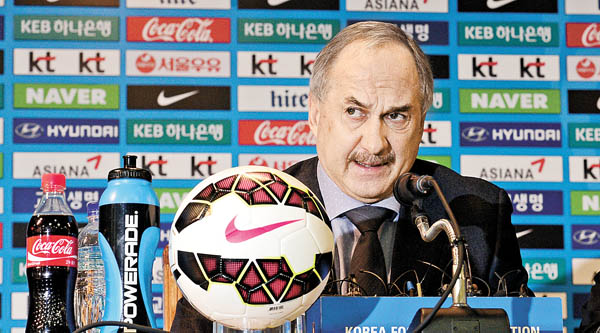 Uli Stielike announces the 23-man roster for the upcoming matches in March against Lebanon and Thailand yesterday at a press conference in Seoul. Striker Son Heung-min was absent from the roster but is still expected to play in the Rio Olympics this summer as a wild card. [NEWSIS]

Since the Olympics tournament is not governed by FIFA, clubs decide who to send to the event.

“Tottenham is currently competing for the title in the English Premier League,” said Stielike. “So we requested for the club’s consideration to send him to the Olympics. In exchange, we notified the club that he will be excluded from the matches in March so he can fully concentrate in the matches for Tottenham. We are hoping to receive a positive response from the club.”

It is unprecedented to announce a wild card candidate five months prior to the Olympics. During 2012 London Olympics, then-manager Hong Myung-Bo revealed the wild card players when making the announcement for the final team roster.

“I asked manager Stielike for help in bringing Son to the squad as the wild card for the Olympics,” said manager Shin. “He was enthusiastic about it and told me that the Korea Football Association (KFA) and he will do whatever they can to have Son play in the Olympics. I also talked to Son over the phone. He is quite passionate about playing decent games in the Olympics. I consider Son to be one of the best footballers in Korea. He can play in any position he is assigned to.” 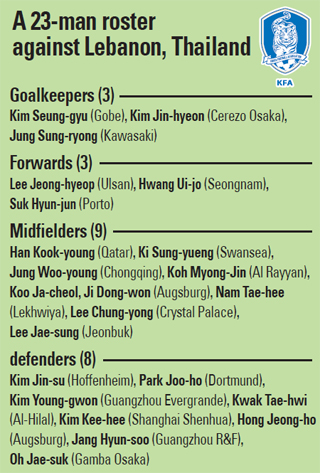 Unless something unexpected occurs such as an injury, transfer or sudden objection from Tottenham, Son will likely play in the Olympics. He couldn’t attend the London Olympics and his participation in 2014 Incheon Asian Game was vetoed by his then-team Bayer Leverkusen.

If he earns at least a bronze medal in the Olympics, Son will be exempted from performing his mandatory military service.