Nam ignores her injury to train for the Olympics

Nam ignores her injury to train for the Olympics 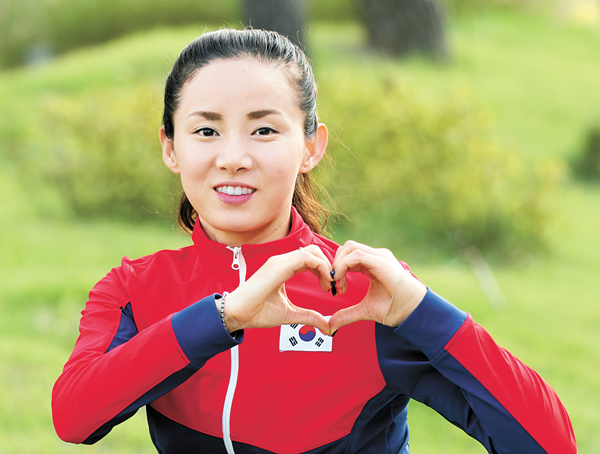 Foil fencer Nam Hyun-hee secured her spot in the last Olympics of her career after winning bronze at the FIE Grand Prix in Havana on Sunday. [YANG GWANG-SAM]

Foil fencer Nam Hyun-hee needs immediate treatment for a serious knee injury, but has chosen to ignore medical advice to continue her training for the Olympics.

The cartilage on her right knee is too worn out for Nam to support much weight and the pain she suffers affects her daily life. But, instead of taking time off for treatment she has chosen to continue her bid for a medal in Rio.

Despite her injury, she earned her ticket to the Summer Games after winning a bronze medal at the International Fencing Federation (FIE) Grand Prix in Havana, Cuba on Sunday.

Only the top two fencers in ranking can qualify for the foil event for the upcoming games in Rio. Jeon Hee-sook, ranked No.14 in the world, already secured a spot as the top ranking fencer in Korea. Nam joined Jeon after climbing up the world ranking to No.15 after Sunday’s bronze win.

“I knew this would be my last Olympics so I decided to leave it to the fate. But to my surprise, I earned a medal. I think I am meant to continue fencing,” said Nam after arriving in Korea on Tuesday.

The Rio Olympics will be Nam’s fourth Olympics in her career. She first attended the Summer Games in 2004 in Athens. She is the first fencer to participate in four Olympics in the history of Korean fencing.

Nam began thrusting foil when she was only 13-year-old and has fenced for 22 years since then. To compensate for her short stature, standing at 1.55 meters (five feet), she had to be more agile and mobile.

She refrained from eating too much to make sure she stayed light on her feet. Except while she was pregnant, Nam has always maintained her body weight at 45 kilograms (99 pounds). However, even against the European fencers, who were giants compared to Nam, she was never intimidated. After earning silver in 2008 Beijing Olympics and bronze in 2012 London Olympics, she was given the nickname of the “Peanut Fencer.”

After gaining stardom early in her career, Nam was often in the limelight.

In 2005, she was suspended from the national team for six months after receiving double eyelid surgery. Nam had the surgery to remove the eyelashes that kept stabbing her eyes during a match but a rumor spread that she obtained the operation for cosmetic purposes, leaving her prone to criticism she was neglecting her training.

But even after she married cyclist Gong Hyo-suk in 2011 and had a daughter, she never abandoned fencing. “My grip got weak after delivering my daughter and it was difficult to fence for a while,” said Nam. But she did not back down.

The sheer volume of her training wore out her knee. But she wanted to be an example to her daughter and began training eight to nine hours a day after her daughter was born. Owing to her determination, Nam won a bronze in individual foil and gold in team foil at the 2014 Incheon Asian Games.

When asked about her expectations for the Olympics, Nam commented, “Physically, I get tired faster than before but I also have gained some insights on how to handle myself in a match. I would like to enjoy the fourth and the last Olympics of my life.”