In race to World Cup, Iran poses a challenge

In race to World Cup, Iran poses a challenge 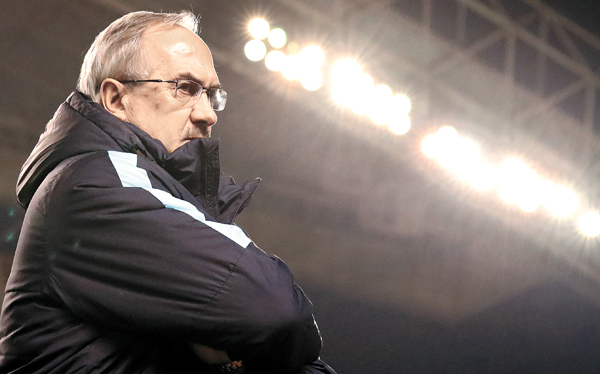 Given the grouping, Iran is the biggest obstacle for the Taeguk Warriors.

Although the rivalry between Korea and Iran is notoriously intense, the odds are not in Korea’s favor. In the past 28 matches, the Korean national team has had nine wins, seven draws and 12 losses against the Middle Eastern football power.

Korea has fought against Iran on many occasions in the past, including in the World Cup regional qualifiers and Asian Cup. The last victory against Iran was during the quarterfinals in the 2011 Asian Cup, when the Warriors edged the Iranians 1-0. Since then, the Korean team lost three games, two in the final round of the Brazil World Cup qualifiers and another in a friendly match.

The Middle Eastern team has several notable footballers competing in the European stage, including forward Reza Ghoochannejhad of the English Football League Championship’s Charlton Athletic. But the Iranian striker is not the only thing that poses a threat to the Warriors. It is also the hostile environment of the Azadi Stadium in Tehran, which has constantly brought down the Koreans in the past. This is evident in the team’s record against Iran in Tehran which is particularly ominous with two draws and four defeats. What’s more troubling is that the first final round match against Iran in upcoming October is an away game for the Warriors.

Located at a high altitude of 1,274 meters (4,180 feet) above sea level, Azadi Stadium can hold over 100,000 spectators in a single match. The pressure at the venue is often unbearable for visiting football teams, with notoriously football-crazed Iranians cheering for their national team - not to mention the actual temperature inside.

But this does not mean the Korean team is utterly hopeless against Iran. Korea is the only team in the Asian Football Confederation that trailed through the second round of the 2018 World Cup qualifiers without conceding even a single goal. The team netted 24 goals in seven shutout matches, excluding the forfeited game against Kuwait.

Cho Kwang-rae, the manager for the national team in 2011 when Korea defeated Iran in the Asian Cup playoff, said, “Putting pressure on the Iranian players throughout the match worked well in 2011. Our plays essentially wore down the Iranians. Although we might have been behind in physique and stamina in the past, this is not the case anymore. We can take them.”

Ha Seok-ju, the former national team midfielder who scored a goal in a 3-0 victory over Iran in the 1994 U.S. World Cup Asian qualifiers final round also commented, “I think Korea will break that Iranian jinx. If Korea takes an early lead and maintains the upper hand in the mental game during the match, it should have no problem bringing home a win.”

Stielike, while sounding a little shaken, was still positive.

“It is true that the away game in Iran is a little overwhelming. But the Iranian match is the fourth match of the final round. If we play decent games in the first three matches, then the match against Iran in Tehran should be less burdensome,” Stielike said. “I think it is about time we bring home a win from Tehran.”

Carlos Queiroz, the current manager of the Iranian national team, also referred to Korea as its “toughest rival” after the draw.

The Warriors’ first game in the final round of the regional qualifiers will take place at home on Sept. 1, 2016, against China.