Saenuri in a tailspin

Saenuri in a tailspin 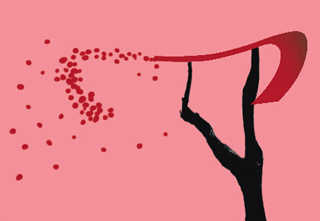 Internal discord within the Saenuri Party is intensifying. The formation of an emergency leadership and special innovation committee were prevented due to opposition of the pro-Park Geun-hye faction. After the general election defeat, not much has changed in the Saenuri Party.

Discord between pro-Park Lee Han-koo, head of the nomination committee, and her adversaries, led by party chairman Kim Moo-sung, continued over nominations before the election, and the internal friction negatively affected the campaign and the ruling party only won 122 seats. After the devastating defeat, the Saenuri Party should have learned from its failure but did not. And now it is repeating the same kind of factional fight over the party leadership.

In fact, political parties in democratic societies generally have factions with different positions whether they be political, ideological or personal. While they may be the origin of discord and friction, factions reflect various opinions of the party’s supporters as well. They propose alternate options for the future of the party.

When Japanese Prime Minister Kakuei Tanaka stepped down from the Liberal Democratic Party due to a bribery scandal, Takeo Miki succeeded him with his clean image. The Liberal Democratic Party could create a new image through a power shift among factions.
It is not unusual in Korea that the ruling party is defeated in a general election or that the approval rating of the president drops in the second half of a presidential term. Also, factional discord after election defeats is nothing special.

In a single-term presidency, the interests of the ruling party and the president tend to separate toward the end of the term. The pro-Park faction wants to focus on the present and the remaining 20 months of Park’s term while the rest of the party pursues changes for the next presidential election. President Roh Moo-hyun and Lee Myung-bak experienced similar situations. The point is how they handled their situations.

In the regional elections of June 2006, with 20 months left in the Roh Administration, the Uri Party suffered a crushing defeat. The ruling party had one winner in North Jeolla Province, and the Grand National Party won in all regions except for Honam and Jeju.

The Uri Party was also defeated in the primary election. The defeat caused internal discord. Adversaries of Roh exploded with discontent over Roh’s administration, and the party became divided.

In late 2011, with a year left in his term, President Lee Myung-bak’s approval rating was around 20 percent. His administration was to be judged in the upcoming general and presidential election. The opposition united and founded the Democratic United Party.

In December 2011, the Grand National Party made former head Park Geun-hye the head of an emergency committee and gave her the power to bring about party reform. Under her leadership, the party changed its name to the Saenuri Party and revamped its logo. Before the election, they parted with the fading glory of the Lee Myung-bak team and highlighted the future of Park Geun-hye.

As we all know, the Saenuri Party won a majority with 152 seats and succeeded in seizing power in the presidential election.

Considering the past, it is not unusual that movements for changes are appearing in the Saenuri Party after such an election defeat as it suffered in April. Changes should be made after a rout like that one. What has changed compared to four years ago is that the president’s faction refuses to tolerate such changes. Compared to Roh Moo-hyun and Lee Myung-bak’s cases, the current Saenuri Party is closer to the Uri Party.

Intensifying chaos within the ruling party could weaken the administrative caliber of the government. The controversy over “March for the Beloved” has shown, that cooperation with the opposition is not easy. Discord between the factions will only reduce the conservative party’s position with the liberal’s majority in the Assembly. Even if a pro-Park figure becomes the party head, challenges remain. The ruling party is becoming helpless.