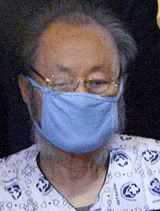 Seonam University in Namwon, South Jeolla is making history by becoming the first university in the nation to close its medical school.

The Ministry of Education announced on Tuesday that the foundation built to save Seonam University from its financial quagmire recently came up with the decision. The university’s long-time financial struggles started when its founder, Lee Hong-ha, embezzled 3.3 billion won ($29 million). The founder was convicted on May 31 and sentenced to nine years in prison.

Seonam University opened its doors in 1991 and acquired the government’s consent to build its medical school in 1994, but a lack of proper funding led to the university’s underperformance and it was subsequently given a poor grade in 2015 by the Ministry of Education. Seonam is the only school to be marked by the ministry as having poor school management for six consecutive years. In its assessment, the ministry weighs the employment rate of a school’s alumni, freshmen enrollment rate and curricula, among other factors.

Students of schools that fail to meet those requirements are banned from receiving student loans, and Seonam has failed to do so since 2010. After losing its eligibility for government subsidies, the university’s enrollment rate fell from about 30 percent to 10 percent in all departments except its medical school.

The foundation then came up with a desperate measure to sell Hanlyo University, which was also founded by Lee, in order to come up with the 3.3 billion won that Lee embezzled in order to save Seonam.

By closing Seonam University’s medical school, officials will sell 4.6 billion won worth of medical equipment and idle properties of associated hospitals in order to pull the school out of its predicament.

“The university will close in the spring semester of 2018, so the school can recruit for the 2017 academic year,” an official from the ministry said. “But high school seniors applying to Seonam will need to be aware that the medical school will soon close and they should choose their majors accordingly.”

Students of Hanlyo University will be transferred in a similar fashion.

Park Chang-seon, a staff member at Seonam, said, “we were never consulted about this decision.”

An official at the medical school also said, “We are dumbfounded by the decision, especially after all the hard work the foundation had us do.”