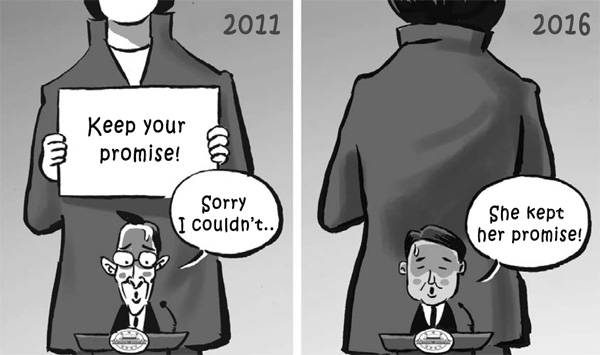 After then-President Lee Myung-bak apologized at the end of his term in 2011 for not being able to keep his campaign promise to build a new airport in South Gyeongsang, then-lawmaker Park Geun-hye stressed that campaign promises must be kept. Five years later, President Park’s spokesman, Jung Youn-kuk, said the president kept her campaign pledge because “expanding Gimhae International Airport is the same as building a new airport.”