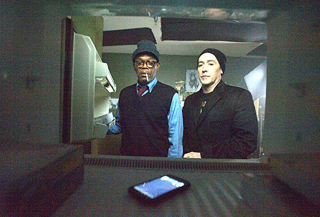 Clay Riddell (John Cusack) finds himself in an airport watching people attack each other after hearing a mysterious signal from their cell phones.

Riddell is safe - for now - because his cell phone happened to be turned off.
Other survivors are heading to transmitting towers to destroy the signal. On the way, Riddell meets Tom McCourt (Samuel L. Jackson) and Alice Maxwell (Isabelle Fuhrman), a 10-year-old girl.

But the number of infected is increasing and they’re now able to communicate with each other. Can Riddell save his family, and the world along with them?

The film is based on the horror novel of the same name written by Stephen King. It shows how humans can be made into zombies in our digital age.

Moviegoers will feel the terror hit close to home because the story doesn’t seem so farfetched. After all, many people are already glued to their smartphones all day long.

Movies about exorcisms have been scaring the public for a long time. Beginning with “The Exorcist” (1975) and followed by films like “The Conjuring” (2013) and Korean hits “The Priests” (2015) and “The Wailing” (2016), the flicks have become particular favorites for those looking to chill out on a hot summer day.

The latest in the lineage is “Anguish.”

The film marks the debut of director Sonny Malhi and features a delicate touch that intensifies the scares.

From an early age, Tess (Ryan Simpkins) has suffered from depression, hallucinations and anxiety.

Her mother, Jessica (Annika Marks) takes her daughter to a remote part of Illinois to see a specialist.

But there, Tess finds the gravestone of someone named Lucy, who died in her teens. From that day on, Tess’s symptoms get exponentially worse, and no one can explain the severity of her suffering. It seems, however, like it’s related to Lucy, and when the mysterious Father Meyers comes to town, he shares a secret that could be the key to solving the problem. 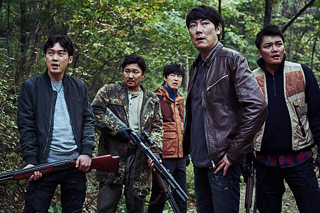 It’s a mountain that nobody should climb. Located in a remote part of the country, it was home to a coal mine that violently collapsed. There are rumors that it’s haunted by a mysterious presence, and that those who go there have 16 hours to leave before they’re never seen again.

But there are also rumors that gold can be found there, so Dong-geun, played by Cho Jin-woong, brings a gang of prospectors to strike it rich.

At the same time, it turns out that the sole survivor of the mine collapse, Ki-seong (played by Ahn Sung-ki), saw something that must not be seen. Now, they all must try to escape.

The film focuses on each of the characters’ conflicting desires as they try to flee the labyrinthine mountain.

The location seems familiar at first, but it quickly becomes dark and twisted as the possibility of an exit becomes less and less likely.

Ahn is an acclaimed veteran actor who starred in “Nowhere to Hide” (1999) and “Silmido” (2003). Cho recently has played Uncle Kouzuki in “The Handmaiden.”

Villainous aliens are once again coming for Earth. Can the planet manage to save itself?

The film takes place 20 years after the first alien invasion that nearly destroyed the earth. Ever since, hieroglyphic-like symbols have been detected by survivors.

The film is the sequel to “Independence Day” (1996), which was released 20 years ago. Director Roland Emmerich decided to revisit the film because radical developments in CGI meant he could finally make the blockbuster sequences he’d long dreamed of.

He is a well-known filmmaker with a penchant for destruction. His other films like “The Day After Tomorrow” (2004) and “2012” (2009) also involved huge disasters and were widely enjoyed by moviegoers.

Much of the original cast reappear in the film: Bill Pullman as Thomas Whitmore, Jeff Goldblum as David Levinson and Brent Spiner as Dr. Okun.

But to add some freshness, the young heroes are played by new faces like Liam Hemsworth as Jake Morrison and Jessie Usher as Dylan Hiller.

The hiatus has only ratcheted up Emmerich’s imagination, leading to a movie sure to impress sci-fi fans. 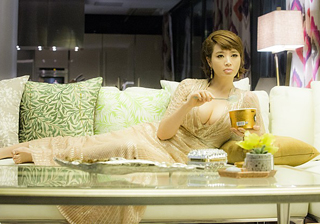 Even though a man will betray you, your baby won’t. That’s the thinking of top actress Ju-yeon, played by Kim Hye-soo, who decides to have a baby after it’s made public that her boyfriend is cheating on her.

Ju-yeon’s career has begun to go downhill recently, and though she seems to have everything - including a two-story house and sleek imported car - the one thing she lacks is a family.

The actress works with her long-time fashion stylist Pyeong-gu (played by Ma Dong-seok), who sticks by her side and is the only one who knows she’s going through menopause. He stops her from brokering a secret deal with an expecting middle school student named Hyun-soo to adopt her baby.

The film asks the question of whether or not people unrelated by blood can also become family.

Ma and Seo Hyeon-jin from the dramas “38 Revenue Collection Unit” and “Another Oh Hae-young” also contribute to high expectations for “Familyhood.”

The film stays true to its genre and focuses most on the laughs, and it features a heartwarming performance by 30-year veteran actress Kim. 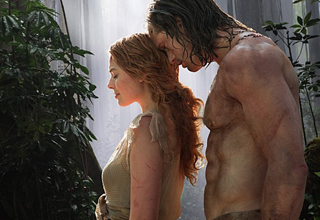 The cliched image of Tarzan - a chest-beating man in ripped rag who speaks broken English - is not at the center of the new “The Legend of Tarzan”.

The original novel “Tarzan of the Apes” (1914) by Edger Rice Burroughs with more than 20 sequels have long been popular fodder for films and plays, though most have had similar plots.

But in the hands of director David Yates, who helmed the last four “Harry Potter” films, “Tarzan” gets a new spin.

Previous iterations were about taming the beast; this one is about letting it run wild.

The film focuses more on the life of Tarzan (Alexander Skarsgard) after his meeting with his beloved wife, Jane (Margot Robbie) than his youth. After several years in London, Tarzan lives a different life as John Clayton III. John is invited to the Congo again as a trade emissary of Parliament, but he doesn’t understand the plotting of the nefarious Belgian Captain Leon Rom (Christoph Waltz) until it’s too late. To save Jane and the jungle, Tarzan and his friend George (Samuel L. Jackson) begin the adventure.

“The Legend of Tarzan” was filmed in the actual rainforest in Gabon, giving it an authentic atmosphere. And even though the film has different angle, it still contains romance, action and adventure that the audience expects.