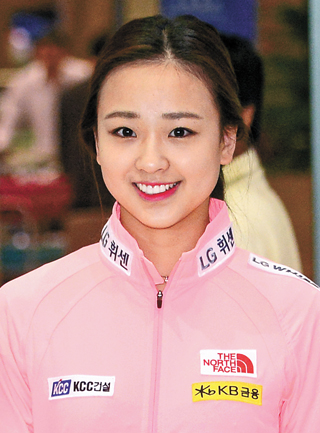 After failing to grab a medal despite a career-high score on Saturday, Korean rhythmic gymnast Son Yeon-jae captured two medals on Sunday at the International Federation of Gymnastics (FIG) World Cup in Russia.

At the FIG World Cup in Kazan, Son nabbed a silver medal and a bronze, scoring 18.600 in hoop to place second and 18.500 in ribbon to place third. Yana Kudryavtseva of Russia topped the hoop with 19.200, while her compartiot Margarita Mamun took the gold from ribbon with 19.200. Melitina Staniouta finished second in ribbon after posting 18.550.

Gearing up for the Rio Olympics, Son was in the sixth consecutive FIG World Cup that she’s grabbed at least one medal.

She earned a gold medal, two silvers and a bronze during the FIG World Cup in Espoo, Finland in February, and added two silver medals and a bronze in March at Lisbon, Portugal.

Son took home two silvers from Pesaro, Italy in April and an additional five at Sofia, Bulgaria in May, including one gold, two silvers and two bronzes. She also earned a bronze in Guadalajara, Spain last month.

Her two medals on Sunday came after her performance in the individual all-around the previous day, during which she recorded a personal-high 74.900.

Despite the career-high score, she finished fourth and missed the podium.

Although she failed to win any medal Saturday in individual all-around, Son has upward momentum. She consistently has been topping her personal best in the category this season, the latest being 74.650 at the Guadalajara event last month.

The 22-year-old gymnast finished fifth overall in the all-around finals of the 2012 Summer Games in London, becoming the first Korean to have done so.

After accomplishing the historic feat, Son aims to become the first Korean rhythmic gymnast to grab an Olympic medal this summer in Brazil. The Olympics in Rio de Janeiro is expected to be the last Summer Games of her career.

Son was initially expected to head to Baku, Azerbaijan, to participate in the FIG World Cup as the final tune-up prior to the Olympics. But instead, it was announced by her agency in Seoul on Sunday that Son will rest and recuperate before the Games.