Former conductor is in Seoul to clear his name

Former conductor is in Seoul to clear his name 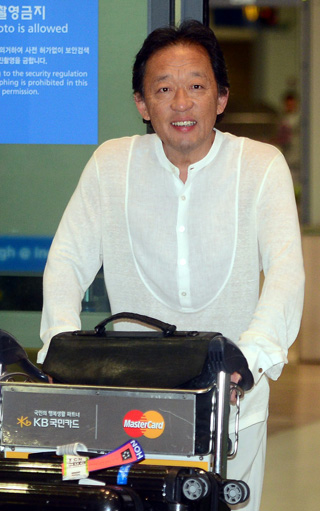 Maestro Chung Myung-whun, former artistic director and principal conductor of the Seoul Philharmonic Orchestra, arrived in Korea on Wednesday after being summoned by the Seoul Central District Prosecutors’ Office. Chung will be attending the prosecutor’s office for questioning Thursday at 10 a.m.

Chung has been mired in controversy since late 2014 over several scandals, including a scandal involving his wife, in which she allegedly persuaded orchestra employees to come forward with their testimonies concerning sexual and verbal abuse by the former president of the orchestra, Park Hyun-jung.

Many of their testimonies did not hold up under police scrutiny, but Park had to step down in December 2014 and has since filed a lawsuit against Chung and his wife on charges of defamation. Park has been cleared of the abuse charges.

The maestro, who has been directing the city-run orchestra for over 10 years, made a sudden departure for Paris on Dec. 31 on the day his contract with the orchestra ended.

Upon arrival at Incheon International Airport Wednesday morning, Chung was greeted by swarms of local reporters and flashing cameras.

“The time has come to reveal the truth,” he said with a smile, adding that he regards his presence at the prosecutor’s office not as part of an investigation but as an opportunity “for the truth to come out.”

According to his law firm, Jipyong, Chung decided to “accede to the prosecutor’s investigation in May, but couldn’t fix the date then since he had performances scheduled at the Teatro alla Scala in Italy from June to early July.” Thursday was the earliest available date he could set, according to the law firm.

Jipyong sent out a press statement on Tuesday saying that Chung thinks the defamation against him “has gone too far.” Several local media had reported on his sudden departure in December, saying he was escaping overseas after disposing of his properties, but the law firm said that “the local media have made correction reports after checking the facts.”

In order to concentrate on his music career, Chung said in a statement issued by Jipyong that he has come to reveal the truth and that he will take action against any false reports against him. “I hope everything settles down after this investigation and I hope to meet with local audiences when I come back for scheduled concerts in Korea next month,” said Chung.