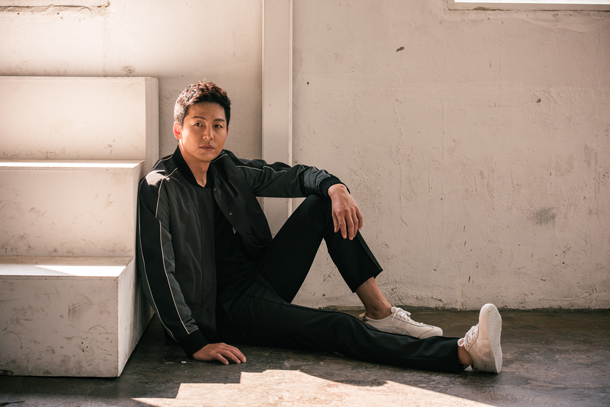 For actor the Lee Jung-jin, slow and steady seems to be winning the race.

He may never have had that “jackpot” role that turned him into an A-list celebrity, but Lee has continued to stay popular through choosing his projects wisely.

He returned to the silver screen recently through “Trick,” which opened last week. In the film, Lee plays a TV producer who becomes obsessed with getting ever-higher ratings.

In a recent interview with Ilgan Sports, an affiliate of the Korea JoongAng Daily, the actor said he feels lucky to have met so many people that helped him continue developing as an actor. He also spoke about his nascent career as a photographer.

Q. You have been steadily working as an actor. What’s the secret to your longevity?

A. I make sure I enjoy my work and do it with good people. I’ve been fortunate to have met so many good ones so far. Frankly speaking, my popularity never really spiked - or peaked - since my debut. I’ve flied low, kind of like a light airplane. I’m not a military jet that takes off from the ground [fast], or a passenger plane that flies steadily at a high altitude for a long time. Instead, I’m a light plane that flies continuously, but never very high. And it doesn’t fall right away even when the engine’s shut off. I’m exactly like that, and that’s been the secret of my long run in the industry.

How is your career as a photographer developing?

I have been invited to an international photography fair. As I take photos, I find new things to be interested in, and I’ve been collaborating with other celebrities.

When did you start taking photos?

I started in Kenya four years ago. I didn’t get much attention until I took a photo of Ziyu [a member of girl group Twice]. Now, “Ziyu’s photographer” pops up as a suggested term [when I search for my name online]. I can’t reveal any details at the moment, but I think I’m going to work on a project involving me taking photos of the members of a certain girl group. Sooner or later, I’ll probably be considered a “professional photographer for girl groups” (laughs).

Do you plan to get married soon?

I turn 40 next year. It’s not that I don’t have a plan to get married - I don’t have anyone to marry. I need to wake my relationship gene up. Recently, I’ve felt as though I’ve been a fool. So many actors and actresses are married, and many of them are married to other celebrities. That got me thinking, “Why didn’t I ever ask for one’s number [during a project]?”