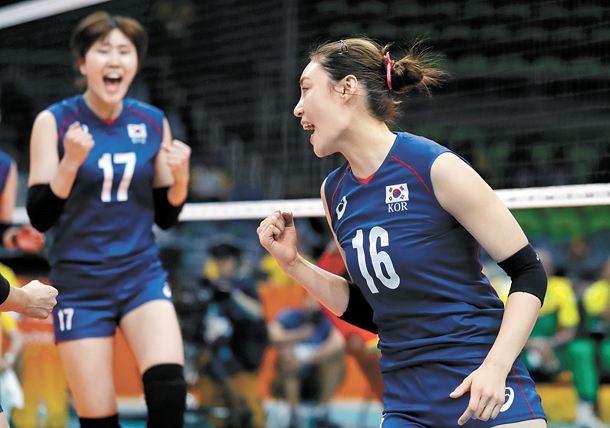 The women’s volleyball team has sealed third seed in their pool and is advancing to the quarterfinals. The team defeated Cameroon 3-0 (25-16, 25-22, 25-20) on Sunday to secure the No.3 position in Pool A.

During Sunday’s game against Cameroon, wing spiker and the captain of the team, Kim Yeon-koung, tallied nine points total, eight from kills and one from a block, to help the team come out with a victory. Kim also had two digs and 10 service receptions in the match.

Kim’s teammate, Park Jeong-ah, who is only 23 years old, showed great potential as she led the team in scoring with 14 points, 12 from kills and two from service aces. Park added two digs and four receptions, as well.

For Cameroon, ranked No. 28 in the world according to the International Volleyball Federation (FIVB), Korea, No. 9, was always going to be a tough opponent to beat. As predicted, the Korean outfit outperformed Cameroon throughout the game. While Korea had 49 spikes total throughout the match, Cameroon only successfully landed 25 kills. Cameroon did manage to take the lead at one point in the third set by 18-15, but Korea’s Lee Jae-yeong, who had ten points total for Korea, came out of the timeout and scored eight points towards the end of the match. Park eventually concluded the set and the game with a kill.

Korea had defeated Japan and Argentina during the preliminaries and has secured their quarterfinal berth already, which meant they went into Sunday’s game without much pressure.

The women’s team will take on the Netherlands, ranked No. 11 according to the FIVB, in the quarterfinals today at 10 p.m. Korea time. 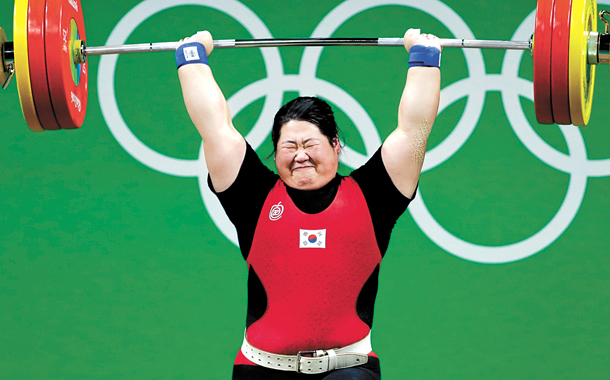 On Sunday, many hopefuls who were expected to add medals to Korea’s tally failed in their quest and had to pack their bags to return home.

In fencing, the men’s epee team was defeated by Hungary during the quarterfinals on Sunday. Korea finished fifth after taking down Venezuela 45-40 and Switzerland 45-36.

In women’s weightlifting, Lee Hui-sol and Son Young-hee finished fifth and sixth in the women’s 75-kilogram (165-pound) category. Lee snatched 122 kilograms and cleaned 153 kilograms for a total of 275 kilograms. Son ended the match with 273 kilogram total - 118 kilogram in the snatch and 155 kilogram in the clean and jerk. North Korean weightlifter Kim Kuk-hyang snatched 131 kilograms and lifted 175 kilograms in the clean and jerk for a total of 306 kilogram, winning silver from the event.

In shooting, Kim Jong-hyun failed to advance to the finals in the men’s 50-meter rifle, an event in which he claimed silver during the 2012 London Games.