Son has her rhythm and is ready to win

Son has her rhythm and is ready to win 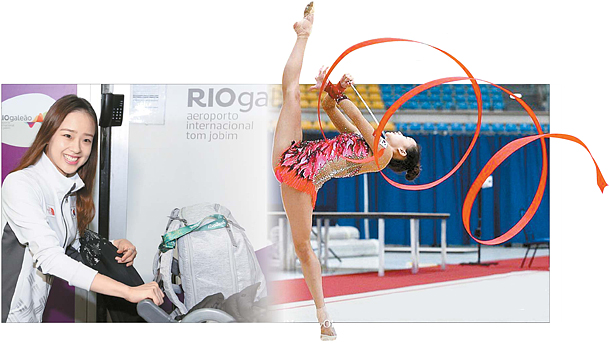 Rhythmic gymnast Son Yeon-jae of Korea is finally in Rio de Janeiro after concluding her final prep for the Olympics in Sao Paulo. As the sole representative in the sport for the nation, all eyes will be on Son as she competes against Russian and Eastern European gymnasts starting this Friday. [JOINT PRESS CORPS, NEWSIS]

Son Yeon-jae of Korea is finally in Rio and ready to try her luck once more at the Olympic podium as she aims to become the first Asian in the history of the Olympics to capture a medal in rhythmic gymnastics.

Rhythmic gymnastics, an event largely dominated by Russian and Eastern European athletes, was mostly unknown in Korea until Son came along in the 2012 London Olympics and became the first Korean to advance to the Olympic finals in the event. Since then, Son has been under the limelight as Koreans are captivated by the grace and beauty of her performances. Son has reciprocated fans’ support by steadily increasing the level of her performance, especially this year when she continually beat her personal record in the individual all-around. Her latest personal best came on July 10 at the 2016 Kazan World Cup, where she scored a total of 74.900 points.

Son pocketed 17 medals this season at various venues for the 2016 Rhythmic Gymnastics World Cup, including a silver and a bronze in the individual all-around. Ranked No. 5 in the world, Son says realistically her goal is to take bronze or better at this year’s Summer Games.

“This is the last competition of this season,” said Son upon her arrival at the Galeao International Airport in Rio. “I have prepared myself thoroughly to execute my programs without any error.” 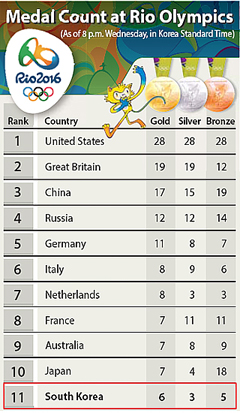 Son has been under final preparation for the Olympics in Sao Paulo alongside Margarita Mamun (No. 1) and Yana Kudryavtseva (No. 2) of Russia, who are expected to vie for gold in Rio. With the Russians by her side, Korea’s sole representative in rhythmic gymnastics has been concentrating on tuning her choreography and the artistic side of her routines.

“Training with Russians really helped,” Son added. “I came to Rio with the competition starting in only three days but I have been training in Brazil so I think I am fully adjusted and ready to go.”

Although Son is already an experienced Olympian, she will not let that make her overconfident.

“Just because I have experienced at the Olympics does not mean it will make this time around easier,” she said. “The Olympics is a big stage and everyone has been working hard for this. I have worked hard to get where I am, as well, so I would like to leave here without any regrets.”

Spectators can expect to see improved choreography by Son who worked on the fouette pivot, her signature move, over the winter to increase the level of her performance.

During the pivot, Son spins while standing on one foot as the other is extended out to force the spinning momentum. Up until last year, Son would have the working leg’s knee bent, but she has made improvement by extending the working leg out.

The 22-year-old gymnast will kick off her quest for the podium starting on the evening of this coming Friday, Korea time, at the preliminaries. The individual all-around finals will take place two days later on the morning of Sunday, Korea time.