Behind the scenes in North Korea: The story of the famous duo kidnapped by North told in new documentary

Behind the scenes in North Korea: The story of the famous duo kidnapped by North told in new documentary 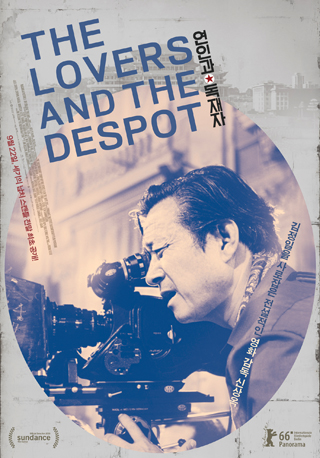 Many think of the late North Korean leader Kim Jong-il as a cold-blooded dictator. However, according to Choi Eun-hee, a well-known actress in the 1960s, he was a respectful man, at least to her and her late lover Shin Sang-ok, the most notable director back in Choi’s heyday.

In the upcoming documentary “The Lovers and the Despot,” directed by British filmmakers Ross Adam and Robert Cannan, the 89-year-old Choi remembers the time she and Shin were forced to spend time in North Korea to help the Communist country develop its film industry, from when the two were abducted by the late dictator in 1978 until their miraculous escape in 1986. The two were chosen based on their talent, as shown by one of their best movies “Sung Chun-hyang” (1961), directed by Shin and starring Choi.

Due to the couple’s popularity, their abduction was a huge story in Korea and the rest of the world, which led the British filmmakers to wonder why the story hadn’t been created into a movie yet. After months of persuasion, the pair was finally able to get Choi on board.

The release of the late leader’s recorded voice, which the couple captured throughout their eight nerve-racking years in the country, and the testimonies of live witnesses such as a detective from Hong Kong, where the two were abducted, provide incredible insight for viewers. 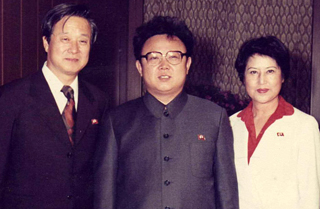 A poster featuring late director Shin Sang-ok for the upcoming documentary “The Lovers and the Despot.” [ATNINE FILM]

To discuss their latest work, the British filmmakers joined the Korea JoongAng Daily for an interview. Below are edited excerpts.

Q. How did you learn about the Shin Sang-ok and Choi Eun-hee scandal, and what exactly inspired you to make it into a documentary?

A. We had both heard about a director being kidnapped a long time ago and wondered why a documentary hadn’t been made. Film people are not usually considered important enough to warrant being abducted. This idea attracted us as directors, but there is obviously much more to the film than that.

It took you months to persuade Choi to take part in the documentary. What finally made her change her mind, and why did she choose you instead of other filmmakers?

Of course Choi was protective of her and Shin’s story. I think she chose us as we connected to the romantic aspect of the story, as well as the thrilling aspects. Since we are Westerners, there is also the expectation that we would be more impartial than Korean filmmakers.

Was there a specific scene that Choi wanted to stress in the film?

There was no specific scene, but we found her surprisingly candid about her time with Kim Jong-il. She wasn’t as critical as you would expect [of Kim], given her abduction and how this may appear to South Koreans.

Is there a specific scene that you particularly wished to emphasize?

One of the most important scenes is when Kim admits to his treatment of Shin and Choi in conversation. It is very unusual for a dictator to kidnap filmmakers but even more unusual for an admission of the plan to be secretly recorded.

We were careful with everything. We were very careful to present the evidence on the tapes in as clear a manner as possible, as so much depends on it. We are of course conscious of North Korea’s reaction but we imagine they have bigger problems to deal with.

In the documentary, some of the witnesses seemed hesitant about making comments about Kim Jong-il. Were you able to include all the comments that you wanted to in the documentary or did they ask to take out some parts after filming?

We were able to include nearly anything we wanted. Only the testimony of one witness could not be used, a CIA agent we interviewed in America. The CIA redacted the entirety of his interview. Thankfully the evidence he gave would not have substantially changed the nature of the film.

The divided North and South Korea is one of the most incredible situations of our time. That North Korea has now had its third dynastic succession with Kim Jong-un beggars belief. Films rarely can affect real change but it is important that people are aware of both the beauty and terror of the world we live in. We hope our film expresses this duality through Choi and Shin’s incredible journey.