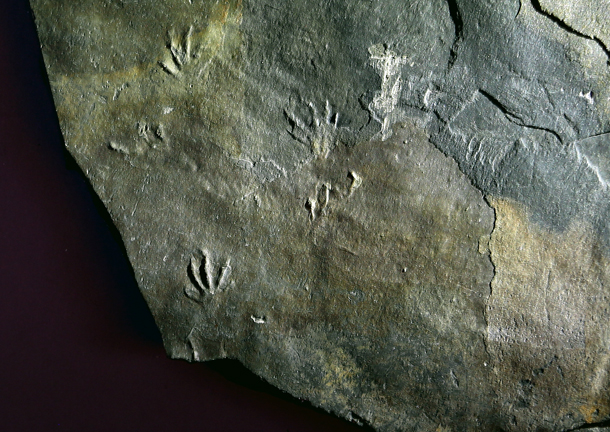 The first lizard fossil from the Mesozoic Era (251 to 65.5 million years ago) has been found in Korea, the Cultural Heritage Administration announced Thursday. The fossil - measuring 1.9 centimeters (0.7 inches) long and 1 to 1.6 centimeters wide - contains eight footprints and has been named “Neosauroides koreaensis.” The find, scholars say, is notable because footprints of lizards have been found before the period and after, but none from that specific period of time, until now. [CULTURAL HERITAGE ADMINISTRATION]