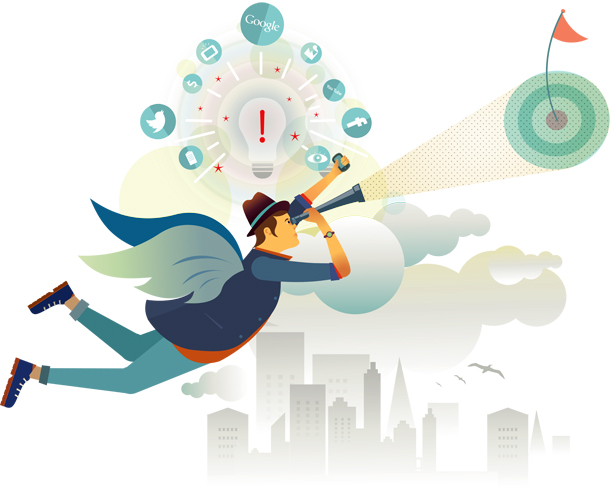 Liah Yoo, 28, loves making videos and posting them on YouTube. Her favorite subject: all facets of K-beauty, the Korean look popularized by pop musicians and actors in movies and television dramas.

Yoo’s admiration for K-beauty prompted her to apply for a job at AmorePacific, the nation’s biggest cosmetics company. She got a job managing online retail sales, beating hundreds of fellow applicants.

Happy ever after? Not exactly. Yoo quit her dream job two years later.

She decided to dedicate herself to YouTube full time. She uploads a steady stream of short clips, mainly about Korean cosmetics. Her channel now has more than 150,000 subscribers who comment frequently on how helpful and inspiring her videos are.

YouTube has become a vocation for Yoo - although the channel doesn’t give her as stable income as her former job. It does, however, “make my heart beat,” Yoo says.

“At my former company, anybody could do what I was doing,” says Yoo. “If I was not there, the company had about 2,000 employees under its roof to replace me.

“I wanted to be part of something where my opinion mattered,” she continues. “On my YouTube channel, I am director, screenwriter and star all at the same time. For me, it was an easy and obvious decision to make.”

A lot of people in Korea’s millennial generation, born between 1980 and 2000, are like Yoo: turning their backs on the established ways to follow their own passion. And as the millennials go, so goes Korea in the future: they are already one-fourth of the entire population - bigger than the baby boomers and Generation X before them - and will soon be running the country.

According to a report from LG Economic Research Institute, the millennial generation is motivated to work when they think what they are doing is “meaningful” and “valuable,” while the generations before them considered stability and getting ahead to be more important factors.

At a glance, Korea’s millennial generation roughly aged between 15 and 35, is in an undeniably bad patch. The unemployment rate hit 9.4 percent last month, and the economy is showing no sign of turning around.

But the millennials - once dubbed the “give-up generation” - are coming up with their own reasons for hope. They are launching start-ups or even creating new professions by turning their passions into proper jobs. Some are seeking opportunities abroad.

“The millennial generation is more eager to realize their own ideas, which is why they choose to deviate from the corporate culture and become solo players,” said Jin Joo-hwa, a researcher at the LG Economic Research Institute.

“The environment has helped because what’s considered less-than-important, such as doing internet broadcasts or uploading videos on YouTube, are gradually being accepted as proper jobs because a lot of people know these can be a means to express their individuality and ideas.”

Jang Su-han, a former Samsung Electronics employee, quit his distinguished job and launched a company of his own earlier this year.

Fittingly, he started a consulting firm that provides mentors and holds lectures and discussion sessions for people who are thinking of quitting jobs. The company’s name: How To Quit the Company.

Jang, 32, says he thought joining a prestigious company like Samsung Electronics and getting into the most elite department of them all - strategy planning - couldn’t get much better. He thought he was set for life. It didn’t turn out that way.

In reality, the job was dull. Running How To Quit the Company makes Jang feel truly useful. Now, he gives advice to those having similar problem as he had in the past.

“I feel the most worthwhile when I know that I have influenced somebody in their decision-making,” he says. “Whether they decide to leave or stay at their company, if my advice and the discussions provided at the company have affected the participants in any way, that is when I feel proud.”

The start-up is now five months old, but it has more than 1,000 members.

An increasing number of young people are rejecting hierarchical corporate cultures and building their own companies to put their own ideas into action.

According to the state-run Small & Medium Business Administration, the number of new companies established last year hit an all-time high of 93,000 units, a 10.7 percent year-on-year jump.

The number of people under 30 starting a company jumped 28.3 percent year on year, the highest of any age group.

For many of the millennial generation, jobs are not just a means to earn a living, but something that helps them exercise their passions.

Deloitte surveyed 77,000 millennials around the globe and 55 percent said “personal values” are the most influential factor when deciding on a career path. More than 60 percent of the people surveyed said they would leave a job if their personal values weren’t in line with what the company does.

Starting your own company is not the only option. Sometimes, a hobby can develop into a career.

The multichannel network business (MCN) is one example. MCN is a business model in which companies share the profit with people who create video content to post online. Anybody can do it.

Companies form partnerships with YouTubers or BJs - short for broadcast jockeys - manage their schedule and provide administrative aid in return for sharing the profit generated from advertisements that run with the videos. The industry is less than five years old in Korea but has involved big companies like CJ E&M, KBS and Naver.

DIA TV, an MCN business launched in 2013 under CJ E&M, Korea’s biggest entertainment company, has some 860 YouTubers under its roof. Last year, it only had 350. The second-biggest MCN company, Treasure Hunter, has partnered with some 200 YouTubers and BJs. One of the leading Korean YouTubers, who goes by the name The Great Library, has 1.3 million subscribers and is known to earn more than 50 million won ($43,560) a month.

Diminishing opportunities at domestic companies have forced many millennials to venture abroad. The trend was actually encouraged by the Park Geun-hye administration’s K-Move initiative, which promotes and supports Koreans working overseas.

Park Sun-jung, a 28-year-old who graduated from a college in Seoul, has been working at a Berlin-based mobile marketing start-up called Glispa for over a year. She majored in political science, but her desire to live a happy and passionate life sent her overseas, where she feels proud about what she does.

“I believe that jobs should make you feel happy and excited. I, too, applied to big Korean companies when I graduated from college, but none of them wanted me,” Park says.

“My friends who got into those big-name companies didn’t seem happy either, so I thought I should just take off to find a better, happier life.”

While working abroad used to be the domain of a highly privileged group of people or relatively low-income occupations such as construction, opportunities overseas have widened.

According to a Human Resources Development Service of Korea report, overseas employment has shown continuous growth in the last three years, from 1,607 registered overseas hires in 2013 to 2,903 in 2015. As of August this year, the hires already hit 1,800. And these numbers don’t include the traditional jobs overseas like diplomats, doctors and professors.

The quality of jobs overseas for Koreans has improved. Jobs in specialized professions such as in IT and medicine have increased from 215 in 2013 to 890 in 2015.

In the IT field alone, the number has surged from 136 to 335 during the same period.

Meanwhile, the number of service-sector employees, a segment which took up a major portion in overseas employment in the past, fell by 20 percent from 792 in 2013 to 644 in 2015. The report also says Koreans have made inroads into more countries, from 40 in 2014 to 67 countries last year.

But some caution is necessary for millennials choosing roads less traveled.

Soh Yoon-sang, a former CEO of a start-up in his 30s, says he was too hasty in his career.

After running a reading-related start-up for a few months, he realized he wasn’t prepared enough and ended up closing the business within a year.

“I jumped into the business without having thorough insight into how my team members would get things accomplished,” says Soh.

According to the Small & Medium Business Administration, only 29 percent of small-business operators that started in 2008 survived through 2013. New businesses in the restaurant sector showed the lowest survival rate.

Working abroad also comes with a lot of fantasies about going to a foreign country.

Park from Glispa says working abroad is an “everyday challenge” and differs a lot from “studying abroad, traveling or going on a working holiday,” which many aspiring job seekers imagine.

“You have to be up for anything,” she says. “It i
s a challenge every day.”