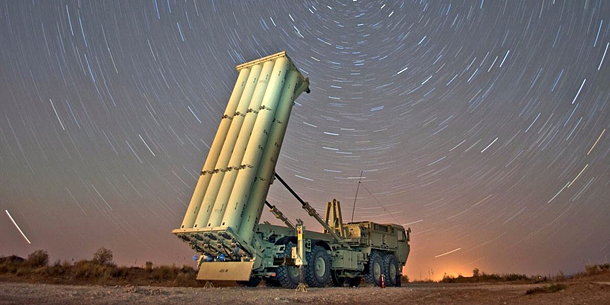 The deployment of the Terminal High Altitude Area Defense (Thaad) anti-missile system is emerging as the key issue in the presidential election. Upon meeting with incoming White House National Securty Advisor Michael Flynn in Washington, Director of the Office of National Security Kim Gwan-jin said that they shared the view on the Thaad deployment as previously agreed and would not care if China opposed. Prime Minister Hwang Kyo-ahn also made it clear that Thaad would be deployed. The Ministry of National Defense reportedly made a plan to complete the deployment before May. The progress is quite speedy, indeed.

Presidential hopefuls generally accept the plan. Former UN Secretary General Ban Ki-moon declared that the deployment is “just” in order to respond to North Korean threats. South Chungcheong Gov. An Hee-jung also embraced the plan as “reversing the agreement is imprudent.” Leading presidential candidate Moon Jae-in, former head of Democratic Party, also said that revoking an agreement between Korea and the United States was not desirable, pointing to a need for a ratification by the National Assembly as the decision was made carelessly and hastily.

Now, let’s recalculate pros and cons of the Thaad deployment. Most of all, the primary purpose of the deployment in Korea is to protect the lives and safety of Korean people by intercepting incoming North Korean nuclear missiles. Some claim Thaad is “the only way to block North Korean missiles for now.” But North Korea has more than 1,000 ballistic missiles, which one Thaad unit cannot intercept. Theodore Postol, a professor emeritus at MIT, said the military utility of Thaad is very limited, especially useless for North Korea’s SLBMs.

Former U.S. Secretary of Defense William Perry said in a lecture at Yonsei University in November that this weapons system is not only incapable of preemptively deterring North Korea’s nuclear missiles, but also unable to intercept them if the North launches multiple missiles at once. These experts suggest that the effect of Thaad may not be as significant as the Korean authorities hope.

The next is the cost, especially the China variable. Beijing is concerned that the Thaad deployment on the Korean Peninsula would enhance the U.S. military’s reconnaissance and surveillance capacity over its military bases in the three Northeastern provinces. China’s capability to strike back on a preemptive nuclear attack by the United States and its nuclear deterrence would be significantly hurt. They argue that while Thaad means Korea is exercising its right of self-defense, it poses a threat to China’s core interests.

China’s position is clear. Beijing has been openly suggesting that once the Thaad battery is deployed, China would consider South Korea a quasi-enemy state and our territory could be China’s strategic target in case of emergency. Recently, a dozen Chinese military planes entered South Korea’s Air Defense Identification Zone (ADIZ) as a show of protest. Meanwhile, South Korea’s plan to use China as leverage to pressure North Korea would become impossible. As their tight relationship is recovered after China and North Korea become more interdependent, it would fuel North Korea’s military adventurism, thus putting Korea under double security threats.

Another cost to consider is the damage to our economy. Since the Thaad controversy started, China has kicked off all-around economic retaliations. The Korean entertainment ban has blocked Korean cultural content and entertainers’ activities in China, not to mention China’s reinforced trade restrictions on South Korea. Korean airliners also are prohibited from operating charter planes, discouraging Chinese tourists from visiting South Korea during the Spring Festival holidays. From conglomerates to street merchants, Korean businesses are experiencing a serious Thaad shock. The problem is that it has only begun.

Of course, the right to self-defense is a precious value. But the claim for self-protection is meaningless without thorough calculation of gains and losses in national interest. There is no reason to make China an enemy and cause economic ruin for Thaad, which cannot even properly function as a shield. People are opposing Park Geun-hye’s careless, secretive decision-making. 61 percent of the respondents oppose Thaad deployment or hope to postpone the decision to the next administration. A mature public discussion on the issue does not threaten the government’s discretionary authority. Instead, it can add power and support.

Also, the Korea-U.S. alliance would not be broken. The negotiation for the handover of war-time operational control in 2012 was postponed to 2015 and then indefinitely delayed in the Park administration. Washington understands that foreign policy is an extension of domestic governance. Moreover, the Trump administration’s ally policies are not yet established. Nailing it before May, as the government announced, would actually leave a bigger scar on the alliance if we attempt to remove it next time. It takes common sense and reason for a complicated challenge. Thaad is no exception.

*The author is a professor emeritus of political science at Yonsei University.