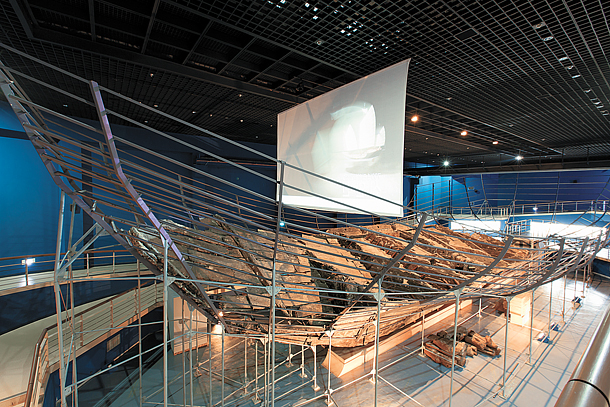 At the National Research Institute of Maritime Cultural Heritage in Mokpo, South Jeolla, the ship Sinan is on display. In June 1323, the ship left a port in today’s Ningbo, China, headed for Fukuoka, Japan, containing dozens of Chinese, Japanese and Koreans sailors. At around 200 tons, it was possibly one of the largest merchant vessels of its time. As they passed through the waters off today’s Sinan County, located in the southwestern part of the country, the ship sank. Koreans uncovered the ship between 1976 and 1984. A special exhibition is underway at the institute to mark the 100-year history of Korea’s underwater archaeology. The exhibition was held last year at the National Museum of Korea in Seoul. [CULTURAL HERITAGE ADMINISTRATION]