[Sponsored Report] Employees donate their blood ㅡ and their love

[Sponsored Report] Employees donate their blood ㅡ and their love 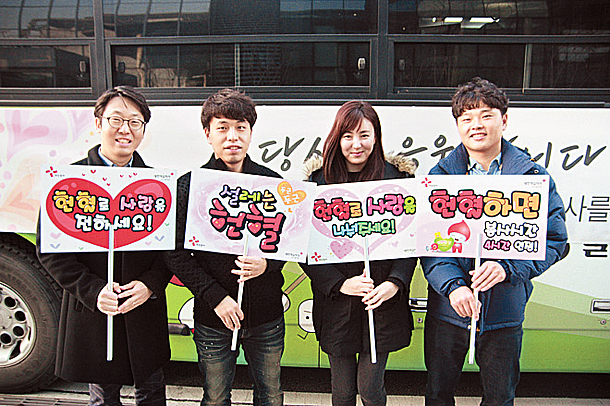 On Dec. 8, 2016, Samsung Electronics took action to help tackle the nation’s blood shortage. The company conducted a blood drive, its last of the year, at Samsung Digital City in Suwon, Gyeonggi.

Each year, Samsung organizes an extensive blood donation campaign at each of its offices under its “Love Sharing Project.” The company encouraged employees and executives to participate.

During the campaign period, Samsung installed blood drive booths in the lobbies of its buildings and operated donation buses in public areas.

The event in Suwon on Dec. 8 and another event on Dec. 21 in Hwaseong, Gyeonggi, marked the end of last year’s campaign, which saw participation from 9,500 employees from all across Korea, more than the 9,000 who participated the year before.