Market readies for a year of record IPOs

Market readies for a year of record IPOs

The IPO has generated buzz not only because of the promising investment it’s set to raise but also because it will be the first major mobile game developer to list on the Korean market’s main index, the Kospi. Investors are already speculating that Netmarble could raise as much as 2.7 trillion won ($2.4 billion) by the time it debuts, likely in early May. The company is selling 17 million shares at a price band of 121,000 won to 157,000 won per share, and if it succeeds, Netmarble’s value is expected to be 13.3 trillion won.

This would make the IPO the most lucrative so far on the Korean market since 2010 when Samsung Life Insurance raised 4.9 trillion won. Netmarble has the potential to even exceed rival NCsoft, which currently holds the largest market capitalization among Korean game companies with 6.4 trillion won as of Friday.

Netmarble is certainly not the first company to go public this year, but its listing is sending positive vibes in the local market for other major companies that are also planning IPOs this year. The Korea Exchange is expecting 2017 to have the highest number of IPOs and biggest amount of investment raised in seven years.

The last time such a large number of companies went public was 2010, when 22 companies listed on the Kospi and raised 8.7 trillion won. But since peaking seven years ago, the number of IPOs has largely been falling, as weak economic growth has also limited upward momentum on the stock market.

Expectations are high for a rebound this year. Starting with Netmarble, major companies including ING Life Insurance, E-Land Retail and two major state-run energy companies are lining up for a public debut on Seoul’s main bourse. 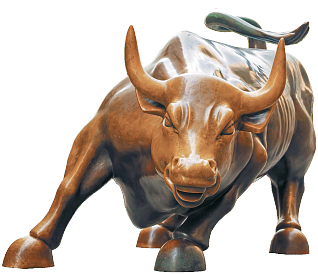 Year of the IPO

While last year’s IPOs were mostly concentrated on biopharmaceutical and health care companies, Park Jong-seon, an analyst at Eugene Investment & Securities, believes 2017 will be the year of energy and IT.

So far this year, two companies have already succeeded in listing on the Kospi. Hojeon, a supplier of sportswear and outdoor outfits for global brands like Nike and The North Face, was the first to list on the index this year. It went public on Feb. 2, raising 41.6 billion won. A medical device manufacturer, Dentium, went public on March 15 and raised 81.4 billion won.

But the big ones like Netmarble are expected to be concentrated in May, including ING Life Insurance, Korea South-East Power, Korea East-West Power and shoe retailer ABC Mart.

ING Life Insurance is in a unique position considering that if it succeeds, it will be the first case of a company entirely owned by a private equity fund listing on the Korean stock exchange. In June 2014, the government relaxed regulations to allow private equity funds to recollect their investment through IPOs in hopes of boosting the merger and acquisition market.

In 2013, the Dutch life insurer sold its 100 percent stake in the Korean branch that was first founded in 1991 to MBK Partners. The IPO is expected to raise 1 trillion won.

Also debuting in May are Korea South-East Power and Korea East-West Power. This will be the first listing of a state-run energy company in seven years since Korea District Heating Corporation. They will mark the beginning of a government plan to list eight state-run energy companies by 2020. The country’s deputy finance minister, Jo Kyu-hong, said in January that the IPO of the energy companies was necessary to secure investment for long-term projects that will reduce carbon emission by 25 percent.

Each of the two energy companies is hoping to raise roughly 1 trillion won.

Korea’s largest shoe retailer, ABC Mart, is expected to try for an IPO by May. The company received a preliminary evaluation approval in November that is only effective for six months. The market estimates ABC Mart Korea will raise between 200 and 300 billion won.

This isn’t the first time the shoe retailer has shot for an IPO. Its first attempt was in 2008, but the company walked back from it as the global crisis unfolded with the bankruptcy of Lehman Brothers. The retailer then tried again in 2011 but had to back out due to a scuffle between the then-Korean CEO and management of Japan’s ABC Mart.

Last year, ABC Mart Korea made their latest attempt. The company was hoping to go public within the last three months of 2016 but had to again push that back because of unfavorable market conditions, including a bearish stock market and weak consumption that affected sales.

Public offerings on the Kospi’s little cousin, the tech-heavy Kosdaq, are also improving this year.

The market expects the Kosdaq to raise the largest amount of investment from IPOs, between 3 and 4 trillion won. Last year, 70 companies succeeded in listing on the secondary index. This year, that figure is expected to increase to 100 or so, including several attractive companies that investors have been anticipating.

One of them is CJ E&M’s entertainment production affiliate Studio Dragon, which was responsible for several hit shows, including the recent television drama “Guardian: The Lonely and Great God,” which saw high ratings both here and abroad including in China.

The production company, in which CJ E&M holds a dominating stake of 91 percent, has been preparing for its IPO since the third quarter of last year. Although the exact date of the launch hasn’t been set, once it goes public, the valuation of the company is estimated to be 600 billion won.

“Until the end of the first half, there will be abundant IPO choices, while in the second half, the market will be more stabilized,” said Choi Jong-kyeong, an analyst at BNK Securities. “Many of the companies are those that have postponed past attempts and are taking another shot.”

Choi said IPO activity is higher on the Kosdaq because large companies trying to list on the Kospi usually pull back when they are face situations that lead to a lower offering price. They especially have reservations because they usually have larger cash holdings than smaller companies.

In just the first three months, 11 companies have been listed on the stock market.

Even foreign companies are gearing up to list on the Korean stock market, a trend that started to gain momentum last year.

Chinese companies, especially, are making moves despite tension between China and Korea over deployment of a controversial American missile shield in Korea. Korean brokerage firms have increased their marketing efforts in China as managing IPOs for Chinese clients has proven more lucrative than working for local companies. Underwriters usually get 1 to 2 percent commission from a successful IPO, but in the case of Chinese clients, the average rate goes up to 5 percent.

But it’s not all about China. Last year, American cosmetics company Englewood Lab listed on the Kosdaq in October. It was the second company from the United States to be listed on the Korean stock market after Access Bio in 2015.

Daishin Securities has recently made changes within its organization to expand its portfolio of foreign IPOs. Although it has no past experience underwriting Chinese companies, it has created teams that will be in charge of foreign IPOs and hire Chinese experts.

The China discount refers to Chinese companies being traded on the Korean stock market at a lower value despite strong performances because of mistrust from Korean investors.

“In fact, some of the companies being traded on the local stock market have shown strong profitability,” Choi said.

Rothwell International, which was listed last year, had an operating profit rate of 22.3 percent last year and Heng Sheng Holding Group had 19.6 percent.

Riding a wave of good feelings

This year’s rising excitement in IPOs is largely contributed by improvements in market conditions and eased regulations from the government. The Korean government has been encouraging more companies to secure investment by going public.

The positive sentiment surrounding IPOs boosted the Kospi to its highest in nearly six years. When compared to the beginning of the year, the index has risen 7 percent as of Friday. The Kosdaq, on the other hand, has fallen over the same period by 3.8 percent.

This is a stark contrast to the past couple of years when movement on the Kospi was limited, and investors have been less aggressive in pursuing IPO shares.

Lee Eun-tae, president of the Kospi market, cited IPO activity as the reason behind Seoul’s main bourse breaking free from its up-and-down fluctuation during a press conference in February.

“Last year, despite uncertainty in the local economy, low growth and the global IPO market shrinking, IPOs on the Kospi continued to expand,” Lee said. “IPOs raised the largest amount since 2010.”

Additionally, the government last year changed regulations to allow even small companies with deficits to apply for an IPO when it meets so-called Tesla requirements of high potential and exceptional technology, in reference to the California-based electric car company.

“Tesla, which is now the world’s major electric vehicle maker, was able to grow based on an IPO on the Nasdaq even when it suffered losses,” said Yim Jong-yong, chairman of the Financial Services Commission, during a press conference last October. “In order to foster future growth industries through the capital market, we need to allow these companies to be listed if the companies’ deficits have been created in the process of building up growth potential, such as expanding production bases or investing in R&D.”

But not every IPO is expected to go through smooth sailing. One such company is Lotte. The market has been waiting for the public listing of Hotel Lotte since October 2015, when the conglomerate’s chairman, Shin Dong-bin, publicly announced it would try to improve transparency by offering up the hotel unit, the de facto holding company of Lotte.

However, the retail giant has faced numerous controversies that have forced Lotte to repeatedly push back its IPO attempts. Last October, Shin again announced the group’s intention of listing the hotel business. But it was one of the Korean companies swept up in the bribery scandal that brought down President Park Geun-hye.

The market expects Lotte’s latest IPO attempt in the second half might raise more than 3 trillion won. But at this stage, with the retail giant under investigation for bribery, it is unclear if that will be possible.

E-Land Retail, which owns two major retailers, NewCore Outlets and NC Department Store, submitted a preliminary evaluation on Dec. 28, but the Korea Exchange has yet to approve it. One of the biggest issues the company faces is controversy over unpaid payments to its part-time employees in the retail group’s food business division. The company is estimated to owe nearly 8.4 billion won in unpaid wages including overtime pay. On top of that, E-Land has been selling off its assets, including 180 billion won worth of real estate in the first two months of this year, in hopes of improving its balance sheet.

But with the company at risk of having its credit score downgraded, it is unclear if E-Land Retail will reach its goal of listing within the first half of this year.

On the Kosdaq, the biopharmaceutical company Celltrion Healthcare is expected to be the biggest IPO on the index this year. The company was planning to apply for an IPO next month but is being audited by the Korean Institute of Certified Public Accountants on suspicion that the company overstated 10 billion won profit of its Rituximab biosimilar Truximain 2015.

The market estimates that if the company goes public, the IPO will raise maximum 1 trillion won.