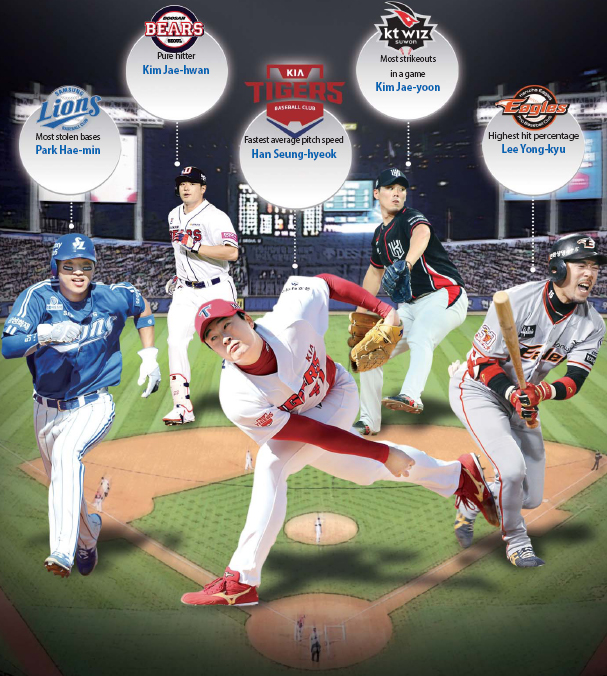 The 2017 Korean Baseball Organization (KBO) season begins today. Prior to the start of the season, many say “all the teams have strengthened their strategy.”

With that in mind, spring has always been a season of hope for baseball. But as the season begins, teams start to show their strengths and weaknesses. There are teams that take advantage of opportunities, but there are also teams that let go of opportunities. For the first time in KBO history, all ten teams will open by having foreign players as starting pitchers. 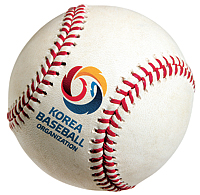 The Bears proved that they are a dominant team in the KBO as the managers from other teams’ goal were to prevent the Bears from winning another championship.

The only weakness the Bears had last year was their relief pitchers, ranking fifth in Earned Run Average (ERA). But they had enough starting pitches to win their games.

Many players from the Bears were named to the Korean national baseball team at the World Baseball Classic. If the Bears show weakness in the starting players then their weaknesses in the relief pitchers will be distinctive to other teams.

The Heroes sure do know when and where to spend money when it comes to recruiting.

Not only that, they are benefitting a lot from their new foreign pitcher, Sean O’Sullivan. Through the exhibition games, O’Sullivan was ranked first in ERA and strikeouts in the KBO. In three games, O’Sullivan recorded 0.69 ERA and 14 strikeouts. As the KBO announced the expansion of the strike zone earlier in March, O’Sullivan’s cutter will scare the batters.

On the batting side, the Heroes recruited a super rookie Lee Jung-hoo to the team. Through 14 exhibition games, Lee recorded a batting average of 0.455 with 4 runs batted in. Not only that, he only managed to have two strike-outs out of 45 times on the batting mound. Lee, son of Lee Jong-beom, who played for the Kia Tigers, hopes to exceed his father’s KBO career record of 0.297 batting average with 197 home runs and 99 runs batted in.

The Lions were probably one of the most unlucky teams in the KBO last year. All their foreign players were unsuccessful and a lot of the players got injured. Sadly, no one recognized their troubles, since baseball is all about the average record.

Since 2011, the Lions never dropped any lower than third in the KBO standing, but after Choi Hyung-woo left the team to sign with the Kia Tigers, they are struggling and had shaky performance in spring training exhibition games, finishing last.

Lee Seung-yuop announced his retirement prior to the start of the season, and his goal was to play fall baseball at the Lions Park.

The Wyverns have been recruiting power hitters to their roster. And they benefitted a lot from it, being ranked second in the number of team home runs with 40, producing one of KBO’s best hitter, Choi Jeong.

This year, the Wyverns are a whole new team. They will have to spend a season without Kim Kwang-hyun, their main pitcher since 2007. In addition, they hired a new manager, Trey Hillman.

Since the Wyverns struggled with the manager’s leadership in the previous year, the new managing system by a foreign manager may be a solution to the team’s problems.

Every year, it gets harder and harder to produce great pitchers in the KBO. But for the Dinos, the team is filled with young pitchers with potential.

While the Dinos recruited young players with potential, they lost two of their veteran players. It remains a question as to whether or not they’ll be able to keep themselves high in the scoring standing.

The Dinos also made changes in their batting order by switching Eric Thames, Dino’s best batter, and Zach Stewart, pitcher. Although Xavier Scruggs is a good hitter and Jeff Manship is a good pitcher, it’ll take some time for the two to adapt to the new league and new team.

The addition of Cha Woo-chan, Ryu Jae-kook and two additional foreign players have strengthened the Twins’ pitching rotation. Cha was a very strong pitcher at the Jamsil Stadium last year.

Despite the strength in the Twins’ pitching rotation, they showed a comparably weak batting line-up. Their batting line-up is still in the process of building up, which calls into question whether or not their batters’ scoring ability is good enough to be considered for post-season baseball.

But the expansion of a strike zone can be an opportunity for the Twins as David Huff and Ryu are pitchers who know how to utilize the wide strike zone.

The Eagles have a strong batting lineup and they added two major- league pitchers.

Alexi Ogando’s fastball and Carlos Villanueva’s control exceeds the level of most KBO players. But other than these two, the Eagles do not have any other pitchers. Still, they showed well in the spring training by finishing tied for third, recording six wins four losses and three ties.

The Eagles are hoping to break the crowd record for its home games. Last year, they had a total of 660,472 people at their home stadium.

Although the team finished sixth in the KBO last year, they hope to move up with the addition of Choi Hyung-woo and the return of An Chi-hong and Kim Sun-bin.

Hector Noesi was one of the KBO’s best foreign pitchers, who competed against Dustin Nippert last season, and Yang Hyun-jong is by far the best domestic pitcher in the KBO. And Pat Dean has the best control in his pitches. But other than the three top pitchers, they do not have a strong enough pitcher for their fourth and fifth starting rotation.

However, the Twins are starting their season at their best condition as they didn’t lose any players and got players back from military service. In addition to that, the club invested a lot in the team for support.

With the return of Lee Dae-ho, the Giants are ready to once again get back up to the top of KBO. The Giants has been well known for the amount of money they spend in recruiting players, but they had been struggling to produce results.

Although Lee was worth the money, the Giants’ weren’t able to bring in a strong pitcher after spending so much on him.

The addition of Lee strengthened their batting line-up. Their ranking in runs will improve from last year, but Busan will once again bring back its passion for baseball and with that, the players are ready to respond to the fans.

For the Wiz, their main goal is to get themselves out from the bottom of the KBO standing.

And with the addition of Donn Roach, the Wiz sets an expectation for the season. Roach, who pitched at an average speed of 146 kilometers (91 miles) per hour in exhibition games, is expected to lead the pitchers. During his career in the minor league he showed consistent performance, recording 5.77 ERA and 20 strikeouts.

Entering its third season in the KBO, they are no longer considered a new team and it is time for the Wiz to bring its competitiveness and make some changes in the KBO.