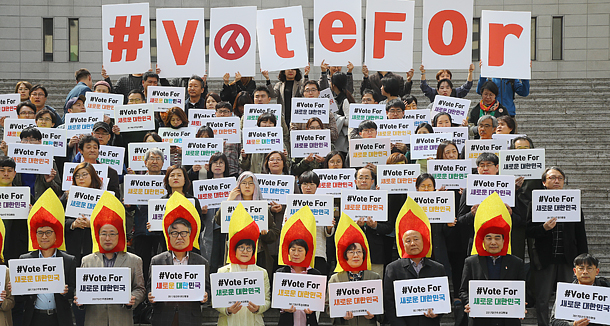 On the stairs to the main building of the Sejong Center for Performing Arts in central Seoul on Tuesday, members of a coalition of civic groups launch a drive to encourage citizens to cast their votes in the upcoming May 9 presidential election. The civil-rights activists wore candlelight-shaped hats as symbols of the recent protests against now-ousted President Park Geun-hye, which heavily featured candles. [YONHAP]