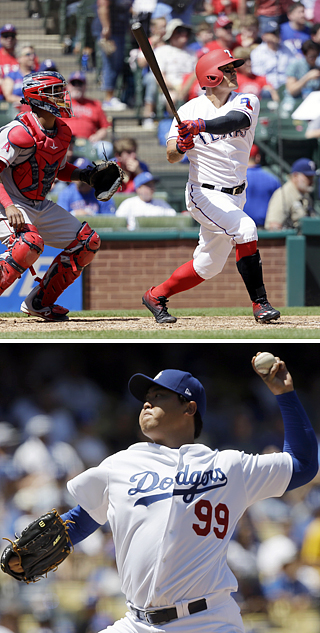 Ever since his surgery in May 2015, pitcher Ryu Hyun-jin of the Los Angeles Dodgers hasn’t had much luck.

He’s lost every single game he’s played in for the past two years, 973 days to be precise.

But then on Sunday, a miracle at Dodger Stadium as Ryu finally earned his first win of the season - and his first victory since surgery - against the Philadelphia Phillies. The Dodgers topped the Phillies 5-3.

“Today is definitely a milestone for me because it’s been almost 1,000 days since I’ve had a W,” Ryu said through an interpreter as quoted in the Los Angeles Times.

Ryu pitched 5 1/3 innings, allowing one run on five hits and three walks and striking out nine players. The average speed of his fastball was 143 kilometers per hour (89 miles per hour), three kilometers lower than when he last pitched against the San Francisco Giants on April 24. But Ryu did toss more changeups and curves during the game.

“The pitch mix was really good,” Dave Roberts, manager of the Dodgers, told the LA Times. “He continues to trend in the right direction.”

Ryu got off to a shaky start, allowing the Phillies to take an early lead during the first inning by allowing a triple to Cesar Hernandez, but after, he did not give up any runs until the fourth, striking out seven players. This was the most strikeouts Ryu has gotten since his shoulder surgery in May 2015. With his performance in Sunday’s game, Ryu lowered his ERA from 4.64 to 4.05.

Aside from pitching, Ryu also took on an active role as the Dodgers’ ninth batter, he was given a walk in the second and produced a hit in the fourth. Up until the sixth, the LA team was leading 5-1 with Andrew Toles’ three-run homer. The Dodgers allowed two runs for the Phillies during the ninth inning to bring the score to 5-3.

The game was quite important for Ryu as it was going to determine his fate on the Dodgers’ starting rotation. Since the team called up rookie Julio Urias earlier than expected, there was a high possibility that Roberts might drop one of the pitchers from the starting rotation, either Alex Wood, Kenta Maeda or Ryu.

Ryu will next pitch against the Pittsburgh Pirates at Dodger Stadium on Monday at 7 p.m.

Meanwhile in Texas, Choo Shin-soo, another top-bill Korean player in the MLB, hit his third home run of the season in the Texas Rangers’ game against the Los Angeles Angels at Globe Life Park in Arlington on Sunday. The Rangers, though, fell to the Angels 5-2.

Choo was the seventh designated hitter and hit a solo jack over the center fence against J.C. Martinez at the bottom of fifth when the Rangers were down 3-1. It was Choo’s second home run in four days. His last was against the Minnesota Twins.

Although Choo’s home run helped the Rangers get as close as 3-2 against the Angels, they ended up losing two more runs without scoring any for their own.

With one hit and a home run out of four in the game, Choo improved his batting average to 0.274.