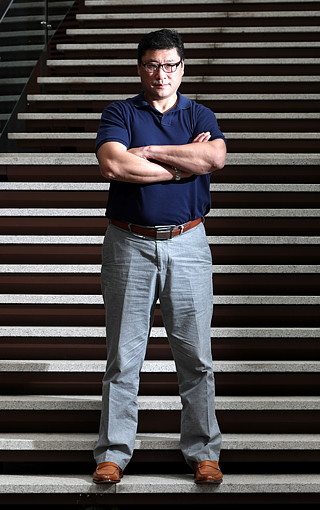 Olympic athletes have one thing in common. They dream big and work hard until people call them crazy.

In 89 years since ice hockey was first introduced in Korea, Jim Paek, former National Hockey League (NHL) defenseman who is now a head coach of the Korean national men’s ice hockey team, has led the team to the top division in the International Ice Hockey Federation (IIHF), where they’ll get to compete against the world’s top ice hockey teams.

The team’s runner-up finish not only surprised Korean fans, but surprised the world as they were the lowest ranked team in the group heading into the tournament. Within three years since Paek first joined the team, they have shown significant potential.

Upon the team’s return from a successful trip to Ukraine, the JoongAng Ilbo, an affiliate of the Korea JoongAng Daily, met with Paek at his house in Yongsan, Seoul, on Monday. Over and over again throughout the interview, he kept repeating the phrase “dream big.”

In ice hockey, shorter players like Shin Sang-hoon are at a disadvantage since the game can get violent at times. But the size of the players wasn’t much of a concern to Paek.

“Our players have hearts like lions, and like David and Goliath, I tell my players to play big,” Paek said.

When Paek was appointed as the team’s new head coach, he focused heavily on improving the players’ physical strength. That being said, during the offseason, rather than just running and lifting to increase muscle mass, Paek made a program to keep the players on the rink for all three periods at a constant pace.

As a result, Korea played better towards the end of games than other countries, where two of the five games were come-from-behind victories. Paek strengthened the players’ self-esteem in being a part of the national team. To start off, Paek cleaned up the locker room and made them dress up in suits when traveling. 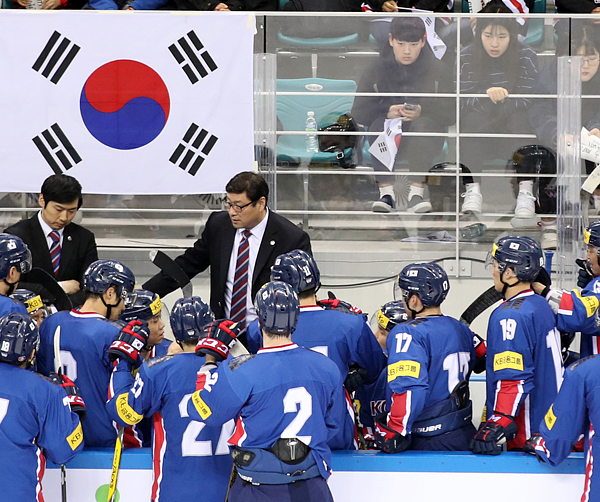 “They are chosen to represent the country,” Paek said.

Paek may seem like a tough guy during the game, but when he is off the rink, he gets friendly with his players, showing “brother-like leadership.”

During Paek’s first press conference three years ago, he emphasized the “3Ps: Passion, Practice and Perseverance.” Now, he added another P: PyeongChang, dreaming of another miracle.

In front of Paek’s house are 33 stairs. When asked which level the Korean national team is at, Paek went down to the very bottom and said, “We just got to the starting line.”

At the Olympics, Korea has been assigned to Group A with Canada, the Czech Republic and Switzerland. Although there are concerns towards the team having to play against the world’s top ranked teams, Paek showed strong determination to make their way up and to once again, surprise the world

“Our next goal is winning a gold medal at the PyeongChang Olympics,” Paek said.