Vivaldianno’ is a stunning musical spectacular

Vivaldianno’ is a stunning musical spectacular 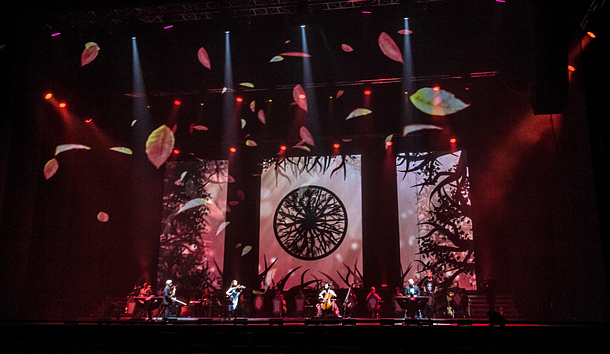 “Vivaldiano - City of Mirrors,” a show that fuses classical music with 3D media art, details the life of Baroque composer Antonio Vivaldi, is currently being staged at the Sejong Center for the Performing Arts. [MIHAL SHOZDA]

Even if you are not familiar with classical music, the melodies of Antonio Vivaldi’s “The Four Seasons” are probably familiar to your ears. Especially in Korea, this concerti for four violins is often ranked first in surveys of Korean’s favorite concertos, and is often included in the programs at classical music concerts.

But a show from the Czech Republic that has recently arrived in Seoul for its Asian premiere highlights Vivaldi in a totally new experience.

“Vivaldianno - City of Mirrors,” created by film composer Michal Dvorak, who also appears in the show as a keyboard soloist, is a classical concert show that fuses Vivaldi’s music with technology such as three-dimensional visual effects and light shows. For Korea, which has long had an interest in combing performance and technology the show seems to have arrived at the perfect time.

According to Dvorak, this “classic media art concert” was created in an effort to provide an appealing theater experience for audiences who never enjoyed live classical music before. 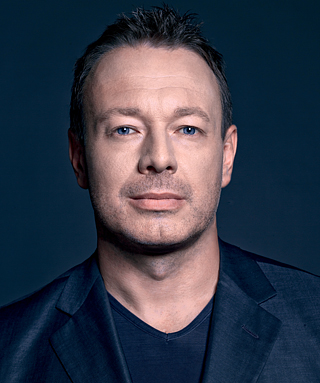 Michal Dvorak, the producer and a keyboard soloist in “Vivaldianno - City of Mirrors,” is a renowned film composer. [MIHAL SHOZDA]

“Vivaldi was a Baroque genius and our aim is to keep the original score of his music while adding modern sounds in a way he might have done himself,” said Dvorak. “Moreover, we wanted to act as a bridge that connects classical music and the general public who may have never liked listening to this music genre. We hope this beautiful Baroque music can appeal to people.”

The show uses a 15-meter-wide (49-foot) LED screen as a backdrop that projects images that connect to the music and the story, which is based on Vivaldi’s life, as well as a 24-meter-wide scrim, a translucent textile on the front of the stage, creating three-dimensional visual effects. The animations projected onto the screens were created by Japanese artist and animator Kosuke Sugimoto of the famous animation company Eallin Animation.

“Projection screens and synchronized images create a living 3D scene for the orchestra, which finds itself in the middle of the City of Mirrors, which also gives the audience an amazing view and experience,” said Dvorak.

On stage, there are four soloists - violinist Jiri Vodicka, violinist Martina Bacova, cellist Marketa Kubinova Vrbkova and Dvorak on keyboard - as well as a small, 10-member orchestra composed of string players, guitarists and percussionists - all playing Vivaldi’s music rearranged by Dvorak, who has 9 gold, 7 platinum and 7 double platinum albums.

This 100-minute show is divided into 18 acts, beginning with the story of Vivaldi’s birth which took place in March 1678, the same day that an earthquake struck Venice. To show this part of the story, the orchestra and the four soloists play Vivaldi’s “Concerto for two violins and cello.”

Two of the 18 acts feature the work of other great composers including Fritz Kreisler and Wolfgang Amadeus Mozart.

“I added Mozart’s music because he too lived a life full of twists and turns like Vivaldi,” said Dvorak. “I also wanted to introduce other great composers’ works within the show.”

The story of the show was written by Tomas Belko, who has researched the life of Vivaldi.

“Belko has studied almost all of the documents on Vivaldi,” said Dvorak. “Together with Belko, we’ve selected incidents that really happened in Vivaldi’s life - the dramatic ones especially - to add to the fictional story, which covers his entire life.”