Edible bugs are a business challenge

Edible bugs are a business challenge 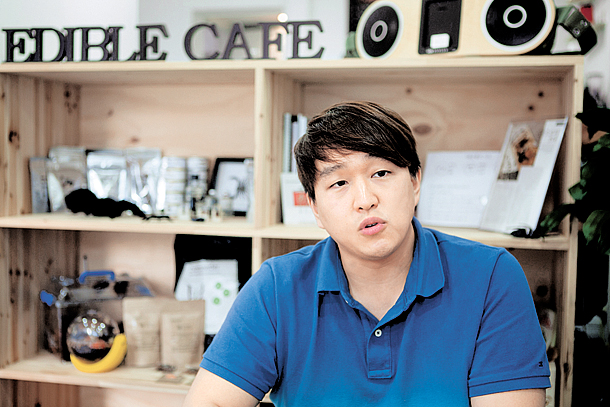 “Crickets are aromatic and silkworms are seriously soft,” said Ryu Si-doo, the 33-year-old CEO of the Edible, Inc. Reading the doubt on a reporter’s face, he pre-empted a protest. “I thought the same at first,” he said.

Ryu received his bachelor’s degree in economics at Seoul National University in 2012 and took night classes for his masters in information management at Korea Advanced Institute of Science and Technology (Kaist) while working at an IT company during the day.

He first learned about edible insects when he happened on an article about businesses in Silicon Valley using insects in food.

Out of curiosity, Ryu ordered an edible-insect energy bar. His conclusion? “It wasn’t too bad,” said Ryu. “It seemed fine as a food resource rather than as a delicacy.” 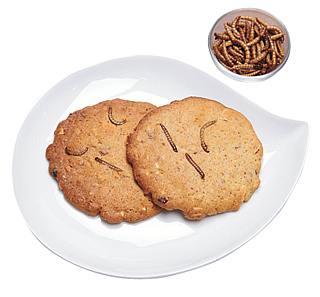 The more he studied the matter, the more enthusiastic he became. There was already a plethora of studies on the merits of insects as food, both environmentally and nutritionally. Insects contain a veritable cornucopia of amino acids and vitamins and are also low in fat.

For each 100 grams (3.5 ounces), a cricket contains 70 grams of protein, three times higher than the 21 grams found in beef. Insect cultivation is low maintenance, as they do not require much in the way of food, water or temperature control.

The only issue is overcoming people’s psychological aversion to consuming insects.

Since 2014, Ryu offered to send interested parties his homemade edible insect cookies through his homepage. After he shared over 2,000 cookies, he gained confidence in his product. In September 2014, Ryu opened a shop on a hill in Heukseok-dong, central Seoul, and started his business in earnest.

Last May, he opened Edible Coffee on Yangjaecheon Street, Seocho District, and even has a Busan branch. The cafe features an array of products such as ground mealworm shakes, a medicinal herbal tea cocktail with crickets and a cricket-spread for bagels. The central government is actually encouraging the cultivation of edible insects as an industry.

Ryu has his doubts.

“There is a long way to go,” he said. “The central government is supporting the growth of farming edible-insects and the number is rising, but there aren’t customers immediately looking for it.”