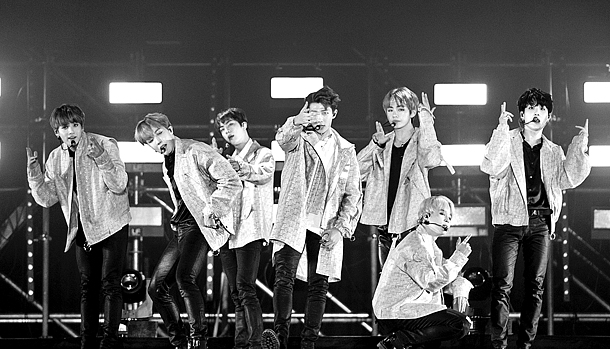 South Korean boy band BTS, also known as Bangtan Boys, soared to No. 1 on Billboard’s music chart that tracks shares and mentions of songs on Twitter, according to the publication Monday.

According to Billboard’s website, the band’s 2017 song “Not Today” stood at the top of this week’s Billboard Twitter Top Tracks, climbing 23 steps from the previous week. “Sweet Creature” by Harry Styles was second and Niall Horan’s “Slow Hands” ranked third. Another BTS song, “Fire,” came in fourth.

The chart is ranked by aggregating the number of times songs are shared or mentioned on Twitter. The group also stood at 10th on Billboard’s Artist 100 chart.

The six-member band plans to attend the Billboard Music Awards 2017 slated to take place at the T-Mobile Arena in Las Vegas on May 21.