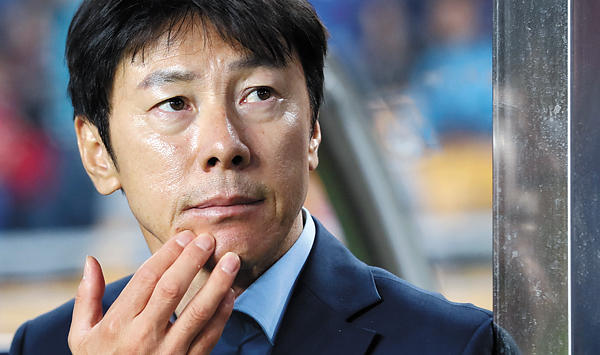 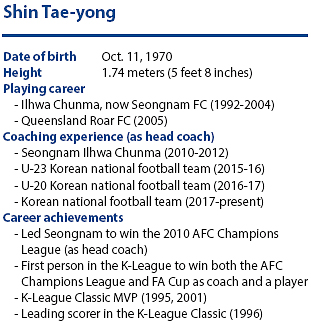 “Shin’s ability to communicate with the players will straighten up the team atmosphere quickly,” Kim said after the committee meeting at the National Training Center in Paju on Tuesday. “There had been some criticism that his strategies can be shaky, but I’m sure this can be resolved by communicating with the technical committee.”

Interestingly, in Shin’s two experiences coaching for the Korean national football team, he was substituted as the head coach in the middle of the season. Shin successfully managed to lead the team to the quarterfinals at the Rio Olympics and to the round of 16 at the recent FIFA U-20 World Cup.

Though Shin is considered young, being in his late 40s, he is well known for his communication skills with players. 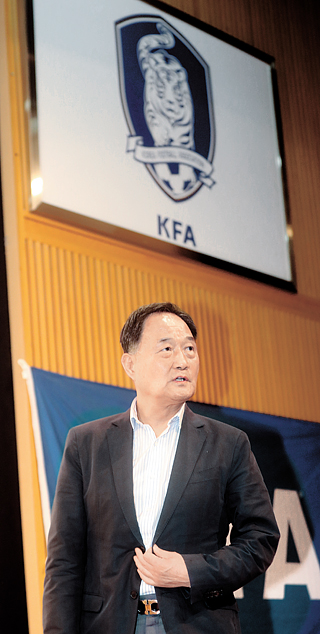 Kim Ho-gon, the new technical director of the Korea Football Association, after the technical committee meeting at the National Training Center in Paju, Gyeonggi. [YONHAP]

“He is the most open-minded coach I’ve ever met,” said Lee Seung-woo of Juvenil Barcelona A. “He guarantees freedom to the players but when there are problems, he asks for responsibility, just like European coaches.”

Despite his success, he was still considered a minor player, as he didn’t have a single World Cup experience. Shin had no luck when it came to playing for the national team, only recording three goals in 23 games. At the 2002 World Cup, he was the only player who won their local league’s MVP but was not selected to the national team.

Though he didn’t have much luck with the national team as a player, after he retired, he showed his best potential as a coach. During Shin’s first season being a caretaker for Seongnam FC in 2009, he led the team to finish second at both the K-League and FA Cup.

In addition, in the 2010 season, with Seongnam, he led the team to the AFC Champions League and 2011 FA Cup, becoming the first person in K-League history to win both the ACL and FA Cup as a player and head coach.

Continuing his success, in 2014, Shin was appointed as the Korean national football team’s coach. Though he was only an assistant coach, Shin managed to leave a strong impression. Now, three years after he first started his coaching career on the national team, he has finally made his way up to become the team’s head coach.

But Shin and the team have a long way to go, as Korea is in a shaky position to advance to the 2018 FIFA World Cup.

“My life has been all about challenge,” Shin said. “I’m honored to challenge myself by facing the World Cup with Korea’s best players.”