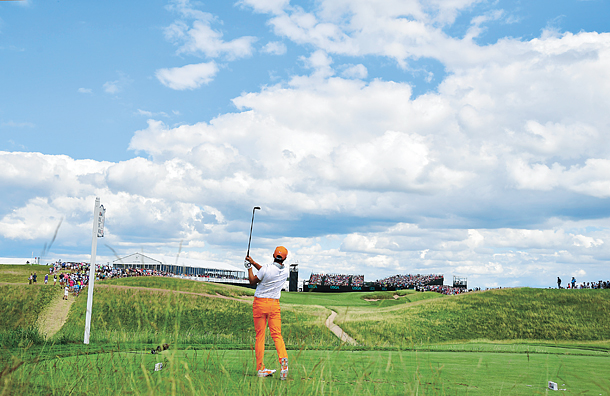 The 2017 U.S. Open in Erin Hills, Wisconsin was played at the longest yardage in tournament history, 7,741 yards.

The tournament took the yardage record not only for the U.S. Open, but for all major golf tournaments. During the first round, the course was actually estimated to be played at 7,845 yards considering wind direction and pin position. But it didn’t seem like it challenged the players, as Justin Thomas of the United States shot nine under par on the third day and Brooks Koepka of the United States won the tournament and set the U.S. Open record at 16 under par.

Since the U.S. Open is known for its high winning scores, the United States Golf Association (USGA) was criticized for making the course too easy or too low scoring, though it certainly was possible for the USGA to make the course longer as the very back tee at Erin Hills can be played at 8,348 yards. 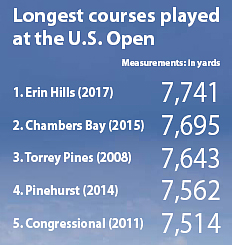 Considering the yardages, it can be estimated that the golfers today are playing at a much shorter distance than 80 years ago.

Golf tournaments should challenge players to test every club in their bag, but due to the increasing yardage, it limits them to longer clubs. Despite this, many golfers believe that tournaments should be played at over 8,000 yards.

Although there is a growing call for courses to be played at longer distance, the golf associations that host tournaments are less keen, as longer courses will lead to longer playing time. Not only that, longer courses will damage the environment and increase course maintenance fees.

Shorter hitters are also against the idea of increasing the yardage. They argued that rather than distance, accuracy and the short game are other factors that need to be tested in tournaments.