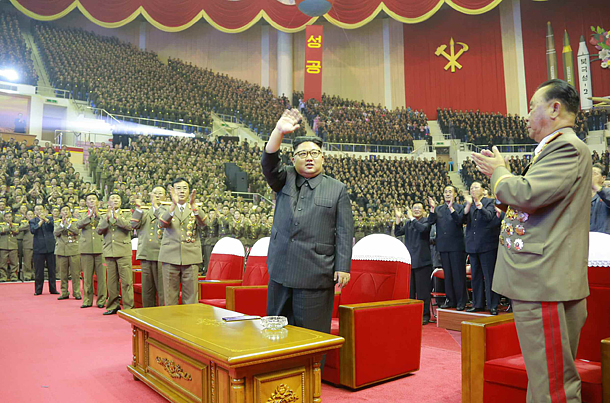 President Moon Jae-in has begun his diplomacy with the four great powers. He has drafted the framework of his foreign policy, but success is still not guaranteed. South Korea took the driving seat on peninsular affairs after its summit with the United States, but North Korean leader Kim Jong-un’s launch of an intercontinental ballistic missile has made it harder for Moon to start the engine.

Moon expressed willingness to engage with North Korea during a speech in Berlin on the sidelines of the Group of 20 summit. However, since the joint statement following the South Korea-U.S.-Japan summit puts a high level of pressure on North Korea, it is unlikely that Pyongyang will respond to calls for talks. Moon’s meetings with the Chinese, Japanese and Russian leaders were photo ops that did not go very far on current issues. Instead, the difference in attitude between the South Korea-U.S.-Japan camp and North Korea-China-Russia camp were revealed. In the end, the Moon administration’s summit diplomacy has produced more homework instead of immediately visible outcomes.

Moon’s consistent position on North Korea has been to simultaneously pursue talks and sanctions. When he met with U.S. President Donald Trump, he emphasized the need for talks in addition to the highest level of pressure. He also sought bonds with Chinese President Xi Jinping and Russian President Vladimir Putin by stressing both talks and sanctions. In his summit with the United States and Japan, Moon underscored the need for maximum pressure and talks at the same time.

But things are very different now. Back then, there were already talks, and sanctions were added. Now, we are trying to talk while sanctions are already in place. In the changed situation, President Moon’s direction is not so easy.

But we are in a completely different situation now. Inter-Korean relations have been suspended without a single open channel. South Korean initiatives on North Korea affairs may be mere rhetoric. Six-party talks and other negotiation tools have long been scrapped, and when inter-Korean relations are not maintained and the framework for negotiation on nuclear weapons is scrapped, President Moon’s two-track policy may be unrealistic. Kim Jong-un has already declared he is unwilling to give up nuclear programs, and offers to talk about nuclear abandonment do not appear feasible.

The old two-track policy was possible because North Korea agreed on the ultimate goal of denuclearization. Pyongyang participated in inter-Korea and six-party talks and at least agreed on the principles of denuclearization on the Korean Peninsula. Negotiation back then was possible, and that’s why the two-track approach of talks and sanctions worked.

But today, North Korea is different. Pyongyang has long ago given up denuclearization. It’s made nuclear possession a fact in its constitution, laws and party platform. Pyongyang is unwilling to answer to any calls for talks and negotiations on the premise of denuclearization. In this changed reality, Moon’s two-track approach is possible in words but not reality.

The proposal for talks based on denuclearization is hard to start, and the current policy will only lead to continued sanctions and pressure. We need to seek different solutions for a different situation. The old two-track policy is hard to even begin. Moon’s solution may be based on old dynamics, but things have changed now.

*The author is a professor of political science and diplomacy at Kyungnam University.