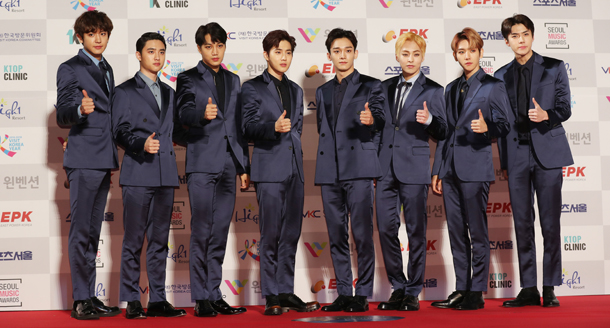 Boy band Exo’s fourth album, “The War” has sold a total of 960,000 copies as of July and is on its way to be the group’s fourth album to sell one million copies.

Their latest studio album, released on July 19, went to first and second place on the Gaon Album Chart thanks to having both a Korean and a Chinese version.

With their latest album, Exo has reached first place in 42 regions according to iTunes, first place on the Billboard World Album Chart for two weeks, first place in Xiami music’s Korean division and other such distinguished honors.