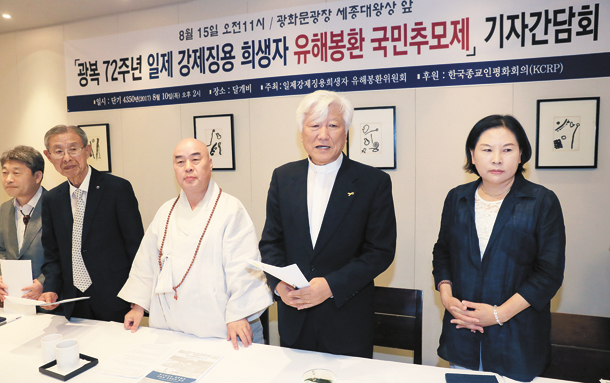 Rev. Kim Young-joo, second from right, of the National Commemorative Committee for the Repatriation of Victims of Forced Laborers, announces that remains of 33 identified Koreans who had died after being forced to work for Japan during World War II have been returned to Korea Sunday in a press conference in central Seoul on Thursday. [YONHAP]