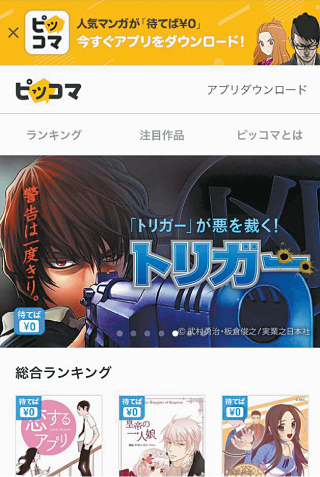 Kakao, the tech giant that operates Korea’s most popular messaging app, is preparing to list its Japanese unit on the Tokyo Stock Exchange as early as 2020, Kakao Japan’s chief executive told Bloomberg News in an interview published Monday, citing success with its digital publishing business.

The Korean company, most famous for its ubiquitous chat app KakaoTalk, launched a mobile app in Japan last April that publishes manga, or Japanese comics. The app, Piccoma, charges users by chapter rather than per book, and the unconventional business tactic has helped Kakao stand out in the fiercely competitive Japanese manga market.

“Kakao hasn’t seen this kind of growth before outside Korea,” Kim Jae-yong, CEO of Kakao Japan, told Bloomberg. “We have a chance here.”

A spokesman for Kakao said it was considering an initial public offering in Japan, “though no details have been confirmed yet.”

Kakao Japan was initially born in 2012 as a joint venture between Kakao and Yahoo Japan. In 2014, Kakao acquired Yahoo Japan’s 50 percent to be the sole owner.

Korean companies are a strong force in the digital manga business. The top platform in Japan, Comico, with some 1.8 million active users, is run by NHN Comico, a subsidiary of NHN Entertainment, which was spun off from Korean tech giant Naver in August 2013.

The number of active monthly users on Kakao’s Piccoma has grown to 1.4 million as of May, putting it neck and neck against Line Manga, the second-largest player with between 1.2 million and 1.5 million active users in recent months.

Kakao’s ultimate goal with Piccoma is to generate a user base for other potential services. In Korea, the wide popularity of its messaging app, with 49.5 million active users as of the second quarter (close to 97 percent of the Korean population), has helped the company expand to on-demand services like ride-hailing app Kakao Taxi.

Most recently, the company opened an internet bank which was so popular that sign-ups on the first day crashed its servers. On the Korean market, shares of Kakao have skyrocketed 55.8 percent from the beginning of this year up till Monday.

“Kakao has expedited a move to restructure itself by spinning off various operations this year,” said Kim Dong-hee, an analyst at Meritz Securities. “It also had its corporate value re-evaluated, gathering attention for long-term achievement.”

Although Kakao is doing well in Korea, its performance abroad has been comparably sluggish despite efforts announced four years ago to become a “global mobile platform” through partnerships overseas.

Its rival Naver is picking up steam in Japan and Southeast Asia with the popularity of its Line messaging app in those markets. Line Corporation, its subsidiary that operates the app, simultaneously listed in New York and Tokyo last June.

Line’s monthly active users outside of Korea totaled 220 million as of the end of last year, mostly concentrated in Indonesia, Japan, Taiwan and Thailand.

KakaoTalk’s figure was 42.7 million as of the end of June.