To most people, an aggressive-looking, tattoo-covered man fighting on the side of a minority group sounds like a story only seen in comic books or movies. But a character named Takahashi from director Lee Il-ha’s documentary “Counters” proves otherwise.

The movie, which revolves around Japan’s extreme-right and an opposing group led by a former gang member, was invited to be screened at the 9th DMZ International Documentary Film Festival (DMZ Docs), which wrapped on September 28. The documentary was given a Beautiful New Docs Award at the festival.

Since 2013, the extreme-right group has organized more than 1,000 rallies around the country, in many cases urging people to kill Zainichi (Korean residents in Japan), whether good or bad. In response, those who oppose discrimination formed a group known as Otokogumi. Led by a former yakuza, or gang member, Takahashi, Otokogumi either threatens or physically interferes with Jaitokai, the group that organizes the hateful demonstrations.

By showing the conflicts and interviews with protesters on both sides, the director poses a question to the audience: “What society do we really live in?”

Lee, whose past works include “A Crybaby Boxing Club” (2015) and “Goldfish and Razor” (2010), spoke with the Korea JoongAng Daily for an interview. Below are the edited excerpts. 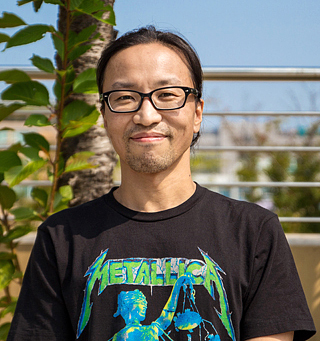 Q.Three years after “A Crybaby Boxing Club” opened the film festival, you have returned with “Counters.” How does it feel to return with a new movie?

A. I’m very grateful about unveiling my movie for the first time in Korea and I’m glad that it was at DMZ Docs. It is a good venue to share opinions, get inspired and feel stimulated by talking with documentary filmmakers from around the world.

How did you learn about these hate groups, and what drove you to make a film out of it?

I first learned about the hate speeches through the internet and on TV. I have had interest in the topic. One day, I spotted a demonstration in Koreatown. I had complicated feelings - I felt both sad but also found the scene to be pathetic. Soon after, I saw a group of people protesting against hate speech. Seeing the conflict of two opposing groups, I decided to make it into a documentary.

Is there a particular message you wished to deliver through the documentary?

As a documentary director, I don’t aim to deliver a special message to the audience. My job is to express what I think via video, and how the audience judges my opinion is up to them. But if I have to choose a message, I would like for the audience to consider a broad question when they see Sakurai [a leader of one of Japan’s leading hate groups] say at the end: “Let’s kick out Koreans.” Is this hate speech? People in [Korea] burned the rising sun flag [which was used by the Imperial Japanese Army and remains to many a symbol of the country’s wartime aggression] and dolls that look like [Japanese prime minister] Shinzo Abe. If you despise me, you are not free from hatred.

Why did you put Takahashi at the center of “Counters?”

Otokogumi is a group that is not even welcomed by other counter groups [due to their violence]. I found Otokogumi’s motto of “beating down with the greatest force” to be very interesting. And the fact that its leader Takahashi was a former yakuza also played a big role in prompting me to make a documentary.

It must have been difficult to record protest scenes or conduct interviews. What challenges did you face while shooting the film?

When the faces of the people who are a part of the counter groups are revealed, they often get threats, so many of them were reluctant to be part of the film. Also, it wasn’t easy to contact people from hate groups. In the case of Sakurai, for example, I had to contact him for almost a year to finally get him to take part in the movie. But the most challenging factor was the police, who didn’t allow me to film the protests, citing “safety reasons.”

Do you have a specific goal you want to achieve through your documentaries?

When I make documentaries, I try to meet as much of the audience as possible and to make them think about a certain issue in society. Both people and the society don’t adjust easily, and I don’t expect a single documentary to create drastic changes. But, I think a documentary can at least trigger people to think about an issue.

Do you have any plans for your next film?

I’m thinking of making a film on diaspora.