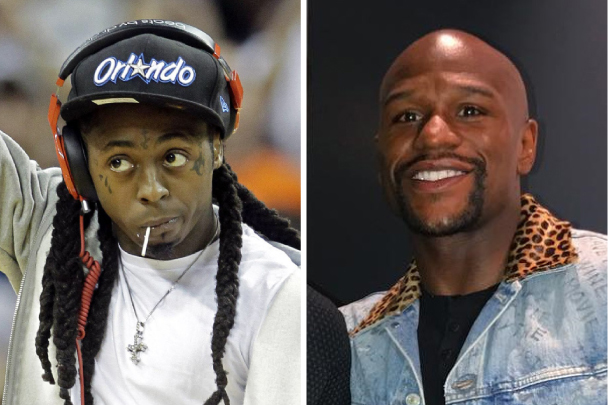 The boxer, who is known to be a hip-hop maniac, launched a record label, TMT Music Group. He will visit Korea mainly to introduce his label and his artist Lil Jamez. Two rappers, Wayne and Jamez, will show off American hip-hop, while the boxer will be the emcee of the concert. Two Korean singers, unknown at the moment, will also be on the stage together with the rappers, according to the host company.

Lil Wayne made his debut in the hip-hop group Hot Boys in 1996. And in 1999, with “Tha Block is Hot,” he recorded platinum by the Recording Industry Association of America for sales over a million copies.

Mayweather is the best pound-for-pound fighter in the history of the sport, and recently retired from the scene after winning his last fight with Conor McGregor, one of the best UFC fighters. The concert will be held at Hwajeong Stadium of Korea University, central Seoul, at 7 p.m. on Jan. 27.