Intellicon CEO sees role for AI in field of law

Intellicon CEO sees role for AI in field of law 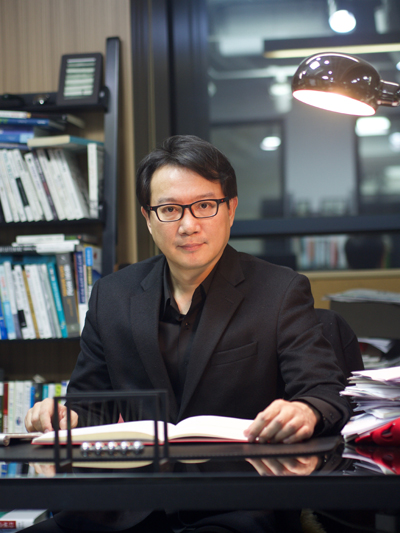 The chief executive of Intellicon Meta Lab, a Korean firm researching artificial intelligence, is a lawyer.

Rhim Young-yik, an attorney with a background in brain science and mathematics, has been searching for a solution that makes law more approachable to the general public. His seven-year endeavor led to the development of U-Lex, a system that streamlines legal research. Rhim hopes U-Lex will put Korea on the map for “legal technology,” a burgeoning sector that combines IT and law.

The CEO describes U-Lex as a “legal navigation system.” It is set to be released in the Korean market soon, and though it is only available in Korean at the moment, the company is considering exporting the system to countries with similar legal systems, such as Japan, Germany and some countries in Southeast Asia.

“The legal map visualizes all the legal codes in Korea to provide a setting where users can easily find laws related to their cases,” Rhim said in an interview with the Korea JoongAng Daily at his office in Gangnam District, southern Seoul. “It basically creates a network of laws related to their cases to eliminate the need to search for correlated codes separately.” 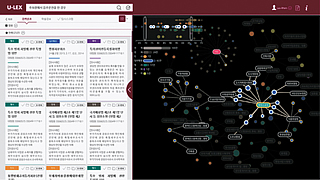 Intellicon Meta Lab describes its U-Lex system as a “legal map” that translates everyday sentences into legal jargon and visualizes the relevant laws and precedents in a case. [RHIM YOUNG-YIK]

Rhim started the lab in 2010, and its earliest outcome in 2015 was i-LIS 1, an AI algorithm that could solve legal problems on its own.

The team kept improving the algorithm until its seventh version won the Competition on Legal Information Extraction/Entailment last year and this year. The competition invites developers of legal reasoning software from around the world to solve legal problems using AI algorithms.

U-Lex adopts technology from i-LIS, notably its natural language processing capability. The system can translate everyday sentences into legal jargon, and ultimately find related laws and precedents in any given database.

The Ministry of Trade, Industry and Energy and Korea Trade-Investment Promotion Agency have recognized U-Lex’s potential, selecting it as a “World Class Product of Korea” last month and giving the lab guidance on exporting it.

Rhim said his team recently applied for patents in Korea and abroad for the underlying technology in U-Lex.

“Deep learning theory was first introduced when I was studying brain science in the United States in early 2000s,” Rhim said. “I realized then that there would be a need for artificial intelligence in the near future.”

The lawyer remains hopeful about Korea’s potential in the field of legal technology, saying it is still in its early stages. “Even in the United States, the industry really grew in the past five years or so,” the CEO said. “If new services that combine technology like artificial intelligence experience success, this will create demand for more services which will drive development in the industry.”