Two of the best female Korean golfers of the 2017 season - Park Sung-hyun and Lee Jeong-eun - both had one thing in common: they started golf later than others. 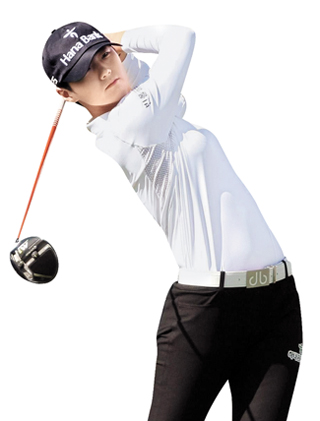 After a successful career on the KLPGA Tour, winning ten tournaments, Park continued her success on the LPGA Tour, as she became the first female golfer in 39 years to win the rookie of the year and player of the year awards in the same year. In addition to the two awards, Park also topped the 2017 money list.

Lee, who played in her second season on the KLPGA Tour this year, also continued her success by winning four tournaments. By the end of the season, Lee swept the KLPGA Tour’s awards, winning a total of six - the only person to ever have done so.

Both golfers got off to a late start in their career compared to other competitors. It wasn’t until 2015 that Park won her first KLPGA Tour event, at age 22. Following her first win, Park held onto her momentum and became the KLPGA Tour’s top player by winning a total of seven tournaments. In 2017, Park won the U.S. Women’s Open, one of the most prestigious tournaments in women’s golf, and briefly topped the women’s world ranking.

Next season, Park will play her second LPGA Tour season. Many expect Park to continue her dominance, but she is not above the second year jinx that golfers normally go through.


To avoid a jinx, Park needs to look at the success of Annika Sorenstam. In 1995, Sorenstam picked up her first LPGA Tour victory at age 25. Just like Park, Sorenstam’s victory wasn’t achieved as fast as other top-ranked golfers. Despite competition from Pak Se-ri and Karrie Webb, Sorenstam managed to consistently put her name at the top of the leaderboard throughout her 12-year LPGA career, winning more than one tournament every season.

During the winter of 2000, when Sorenstam turned 30, she kept her clubs in storage and only practiced putting, as it was considered her weakness. By improving her putting in the offseason, Sorenstam won 43 more tournaments over the next five years. By age 33, Sorenstam focused on weight training to compete in the men’s tournament in 2003. From building strength, she was able to dominate the LPGA Tour until her mid-30s. 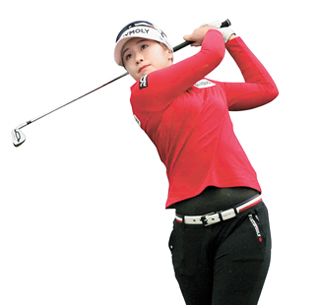 To focus on having another successful season on the LPGA Tour, Park has already left to the United States to start her offseason training. After two months of training, Park will start her 2018 season at the Honda LPGA Thailand, which begins on Feb. 22. Park plans to focus on her bunker shots, short game and course management skills during inclement weather.

Lee started golf about five years later than other players, in ninth grade. Despite the slow start, Lee got a spot on the national team in 2015 and that year, she managed to win a gold medal at the 2015 Summer Universiade. Within few months, Lee made the KLPGA Tour, after playing in the Jump and the Dream Tour. Lee was named the rookie of the year in 2016, and this year, she won the KLPGA Tour’s Player of the Year award.

As the KLPGA Tour’s star player, Lee had to start her offseason training later than others, as she had to play in event tournaments towards the end of the season. However, she is determined to keep herself motivated for another season.

“Last winter, Lee trained so hard that she had blisters on the sole of her foot,” said Lee’s coach. “And we made the same program this year. Since training is her top priority, she postponed her driver’s license test.”

Lee slowly made her way up to the KLPGA Tour in the mid-season. Once Lee continues her stride in the following season, she has the potential to become a player that can pressure others just by participating in a tournament, like Shin Ji-yai on the KLPGA Tour.