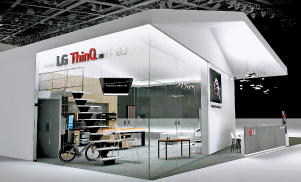 The 2018 Consumer Electronics Show kicks off tomorrow in Las Vegas and is set to turn Sin City into a smart city showcasing the latest technology in wireless connectivity, artificial intelligence and virtual reality.

Across four days under the theme “Future of Smart Cities,” the world’s biggest tech show will explore all facets of urban living including smart transportation, smart energy, public safety, health care, data analysis, artificial intelligence and governance. The entire venue will be devoted to smart cities, a first for CES and a crucial turning point for the event given its traditional role in debuting the latest electronic devices and appliances.

“With global spending on smart cities projected to reach $34.35 billion by 2020, we are excited to announce this dedicated program at CES as the perfect opportunity for companies operating in the smart city space to get together and discuss the future,” Gary Shapiro, president of the Consumer Technology Association, host of the tech fair, said in a statement. 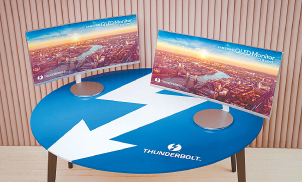 Exhibitors range from public institutions like Berlin Partner for Business and Technology and the City of Las Vegas government to global automakers and components producers like Ford, Honda, Nissan and Here. Tech giants like Intel, Panasonic and Qualcomm are also well represented.

The next generation of wireless networking, 5G, will have a prominent place in the show. The network, which boasts speeds up to 100 times higher than current LTE networks, is expected to be an important part of the blueprint for smart cities.

Tech giants like Intel, Qualcomm, Huawei, Ericsson and Verizon are getting ready to showcase their latest developments in 5G that could be applied to cities worldwide in the coming years. Representatives of the companies will also deliver keynote speeches at CES. 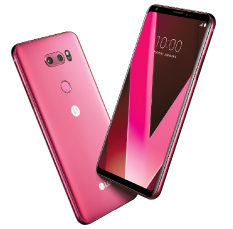 LG will debut a new color for its V30 smartphone - raspberry rose - at CES. [LG ELECTRONICS]

No top executive from Korea’s tech community, however, is slated to take the stage this year. Although Korea’s second-largest telecom company, KT, announced its intent to become the “world’s first” mobile carrier to commercially launch 5G service - as early as the first half of 2019 after pilot service during the PyeongChang Winter Olympics next month - Verizon announced on Jan. 4 that it would launch commercial 5G service in Sacramento, California in the second half of this year, much earlier than KT.

Verizon has already been providing trial 5G service to select customers in seven American cities in partnership with Samsung Electronics.

Home is where the AI is

Smart homes, the dominant theme of CES last year, will likely continue its momentum. As more consumer electronics makers embrace the technology, services that support smart home devices like Amazon Echo and Google Home are poised to expand their presence. 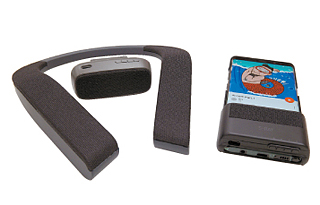 S-Ray is a range of portable speakers that can direct sound to just one person. [SAMSUNG ELECTRONICS]

Among Korean exhibitors, LG Electronics is setting up a booth devoted entirely to its new ThinQ artificial intelligence platform.

Devices will be able to fulfill voice commands using LG’s own platform as well as other AI services like Google Assistant to control home appliances from refrigerators and washing machines to induction ranges and thermostats.

The appliance maker first laid the foundation for its AI efforts at the 2017 CES, when it announced DeepThinQ and came up with an initiative to include Wi-Fi in all of its premium appliances later last year.

“AI is the next frontier in technology,” said Han Chang-hee, head of LG’s Global Marketing Center, “and as a leader in home appliances and consumer electronics, we have a responsibility to make AI more approachable and less intimidating,”

At CES, LG is also introducing a new image processor on its OLED TVs called Alpha 9 that the company says will reduce noise and improve color performance. Debuting, too, at CES is a new color for LG’s latest V30 smartphone - raspberry rose, a bright, saturated version of red.

The 34-inch monitor at CES will feature Intel’s Thunderbolt 3 connectivity, which allows users to link their monitors to a laptop without extensive wiring.

Samsung, the world’s top producer of televisions by market share, is also unveiling a sound bar for wall-mounted televisions that is 53.5 millimeters (2 inches) thin, 41 percent thinner than its preceding model.

Other products on display at the Samsung booth will include the latest QuickDrive washer equipped with artificial intelligence software; four kitchen appliances under its high-end Chef Collection; the Gear Sport smartwatch and Gear Fit2 Pro fitness tracker; and the HMD Odyssey, which the company says is currently the most immersive Windows-operated augmented-reality headset.

Samsung’s in-house start-ups will have a separate booth to show off the outcomes of their research and development.

One of the projects is S-Ray, a portable speaker equipped with a unique technology that can deliver sound to just one person. The company says this can alleviate the hassle of wearing headphones while preventing people from getting distracted by the noise. The speaker comes in three types: a neckband, bar and module that can be attached to a smartphone.

Another project is GoBreath, a smartphone-connected device that helps patients recover from lung damage and postoperative pulmonary complications after general anesthesia. A doctor at Samsung Medical Center came up with the idea for a portable breathing device after seeing how it could help his patients recover faster by learning basic techniques like aspiration, coughing or deep breathing.

The projects are a product of Samsung Electronics’ C-Lab program launched in 2012 to incubate start-ups created by its own employees. The goal is to foster a creative corporate culture and give entrepreneurs an easier way to commercialize their technology. Some 200 projects have been come out C-Lab over the past five years, and Samsung has selected several to showcase at either CES or the Mobile World Congress.

Employees involved in the projects are offered financial support and are even allowed to launch independent businesses. Samsung guarantees returns should their business fail.

Hamcomm, best known for its Korean office suite Hangul, will be participating for the first time to showcase a fire prevention platform and disaster preparedness system that incorporates Internet of Things technology and a wearable translation device based on its translation software Genie Talk.

Other exhibitors include Coway, manufacturer of water purifiers; iRiver, maker of e-readers and music players; Looxid Labs, developer of a virtual-reality headset with sensors that can analyze brain waves and eye movement; and Thinkware, developer of an advanced driving assistance system.

The heads of Samsung Electronics’ three big divisions - consumer electronics, mobile and device solutions - will fly to Las Vegas for the show. LG Vice Chairman Koo Bon-moo and top executives from the company are expected to visit the fair, as are representatives from component manufacturers like LG Display and SK Hynix.