A native son returns to Korea - as a Russian

A native son returns to Korea - as a Russian 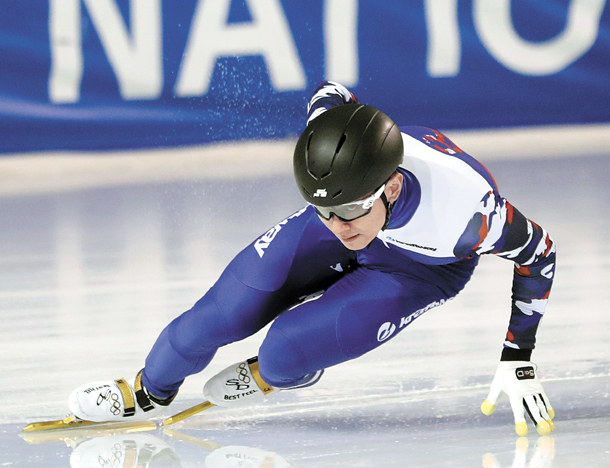 For Viktor An, PyeongChang may be his last chance to win Olympic gold. 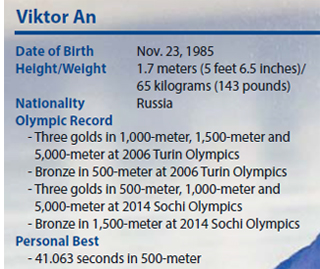 As one of the most decorated Korean-born Olympians, the short-track speed skater, under the name Ahn Hyun-soo, won three gold medals and one bronze representing the country at the 2006 Turin Winter Games.

Then came his controversial falling out with the Korean Skating Union.

After returning to Korea from the 2006 World Championships, An’s father reportedly argued with the union’s vice president, claiming the coach was not giving An enough attention. The short-track team was split into two - An was assigned to the women’s coach, and the animosity ran high.

In 2011, he left the Korean team and defected to Russia. He became a citizen and since then has competed for Korea’s northern neighbor, winning the country’s first medals in speed skating at the 2014 Sochi Games.

An is now 33, and PyeongChang will likely be his last Olympics. He’ll be competing without a flag after Russia was banned from the Games because of doping.

The skater had considered retiring after Sochi because of his physical condition but changed his mind to compete in his native land. His goal is gold, but judging from his season performance so far, it’s going to be difficult. A silver medal from the European Short-Track Championships on Sunday is the only medal he has received all season. He finished with a time of 41.441 seconds, just 0.064 seconds behind Sjinkie Knegt of the Netherlands in the men’s 500-meter race.

Although An’s ability to win three gold medals again in PyeongChang is questionable, his performance is still highly anticipated. Apolo Ohno, his former rival, called him an athlete to watch and told NBC, the broadcaster of the Olympics, in an interview, “He’ll be an absolute superstar.”

An rivals Ohno in Olympic short-track medals, at eight, but while Ohno has two golds, two silvers and four bronzes, Ahn has six golds and two bronze medals.

If An wins even one bronze at the Olympics, he will oust Ohno and become the first short-track speed skater to medal at consecutive Olympics.

Still, An’s rivalry lies not with Ohno, but with Korean skaters.

After An defected to Russia, the Korean short-track team left the Sochi Olympics empty-handed, which came as a shock because short-track has long been considered Korea’s strength at the Olympics.

Facing national humiliation, Korea began aggressively searching for new talent and training them. They include Lim Hyo-jun, who won gold in both 1,000-meter and 1,500-meter at the first World Cup of the season; Seo Yi-ra, who placed second at the third World Cup meet of the season; and Hwang Dae-heon, who ranked third in the first and second World Cup events of the season.