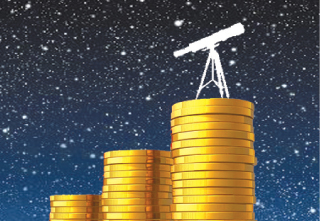 Analysts predict this year’s global economy will be the most robust since the 2008 financial meltdown. Despite some risks and uncertainties, economic conditions are generally at their best possible level with growth picking up speed, stock prices on the rise, and consumer prices stable. A stronger global economy boosts the prospects for the export-dependent Korean economy. Overseas demand can stimulate industrial activity and the domestic economy, making business better for small and self-employed enterprises and enabling them to increase hiring and wages.

Korea’s outlook was extremely murky a year ago due to an unprecedented presidential impeachment that brought the government to a standstill. The external front was also shaky with unconventional U.S. leader Donald Trump pushing ahead with a nationalistic and protectionist trade and economic agenda. North Korea stunned the world last year with its most advanced missile and nuclear tests. Some warned of an economic crisis arriving in a 10-year cycle.

As the new administration hit the ground running, politics have become comparatively stable. The two Koreas are back on in dialogue through the momentum of North Korea’s participation in the PyeongChang Winter Olympics. The public has become hopeful for an improved economy. Fortune has turned for the better.

But signs are not so good so far in the New Year. Labor, housing, and financial markets have turned unsteady, rattled by the government’s radical measures of upping the minimum wage by 16.4 percent and clamping down on homeowners in the posh Gangnam District in southern Seoul and the overheated cryptocurrency market.

The upset has been mostly caused by excessive meddling in the market by the government. Small workplaces and employers won’t be able to survive if the Moon Jae-in administration raises the minimum wage by more than 16 percent annually to make the legal hourly wage 10,000 won ($9.4) by 2020. They can hardly be blamed for speeding up automation and cutting security guards and cleaners.

Korea is not alone in having caught cryptocurrency fever. But its market is the most unstable because the government has flip-flopped in policy, with the justice minister warning of a shutdown of cryptocurrency exchanges before strong public protests from the young generation, a power base of the liberal administration, forced a retreat.

Before it interferes in market activities, the government must consult with expert groups to draw up the best possible policy. But the liberal government outright shuns experts and ignores their advice. Its economic team is mostly made up of non-experts and scholars from the liberal front who choose to rely on their intuition or public opinion in making policies.

Moreover, ethical standards are overly prioritized. A slew of government policies are based on the belief that employers underpaying their employees are bad, investing in real estate is immoral, and trading cryptocurrencies is gambling. Policies are bound to flounder and become extreme if they are based on moral judgments. One can lose good judgment when overruled by emotions and a sense of righteousness.

The market is not a place where warm-hearted people dominate. As a greedy and winner-take-all mentality prevails, the results in the market are not always fair and ethical. But capitalism based on market principles and rights to private property has evolved through corrections and remedied problems to bring prosperity to the global economy. The government must ensure fair competition, improvement in wealth, and income distribution to prevent imbalances in the market.

Many governments embrace a so-called Capitalism 4.0, which calls for a more active and competent government role. Some even go so far as proposing the market be navigated by government decisions to serve public interests. But that can hardly be an option. The government must uphold market sovereignty and get involved only when necessary. Anti-market government control will only end up destabilizing the market.

In its second year, the government must re-examine its path and check if it is in the right direction. It must fix faults when they are found. It must moderate the pace in the minimum wage hike from next year to lessen the damage and concentrate more on effective ways to create decent jobs for young people. Instead of trying to rein in home prices in Gangnam, the government must try to improve living environments in other areas and increase supplies of decent homes.

It also must study the blockchain technology in order to make the local cryptocurrency market more transparent and protect investors while regulating speculation. The government needs not be overly impatient. It must come up with farsighted policies that can bring about a lasting effect. It must not squander this year’s growth momentum and public confidence.

*The author, a former chief economist at the Asian Development Bank, is a professor of economics at Korea University.