Starting a public period dialogue: ‘For Vagina’s Sake’ director gets honest about menstruation

Starting a public period dialogue: ‘For Vagina’s Sake’ director gets honest about menstruation 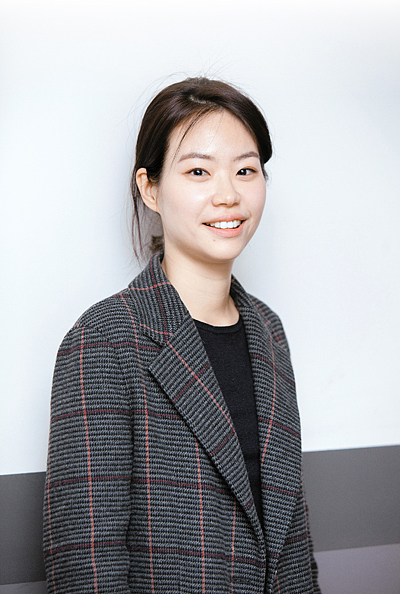 The prevalence of menstrual taboos in the 21st century sounds like an outdated ideology. But not many people recognize the outdatedness, as not enough individuals think deeply into the delicate topic of bringing a change to how the public perceives the natural physiological phenomenon that women experience.

Even director Kim Bo-ram, who is behind a recent documentary about periods, never thought twice about feeling embarrassed about openly bringing up the topic.

“Menstruation is something that’s closely related to me because I have my period every month. But I had never considered deeply why I should feel embarrassed about openly saying anything related to it,” said the 31-year-old filmmaker. To learn more and share what she found with an audience, Kim made “For Vagina’s Sake,” which arrived in theaters yesterday.

In the film, Kim delves into the history of periods and how they are perceived in society, and demonstrates various menstrual products women can use to make their experience less unbearable - a part the director hopes helps open the eyes of local women who have conformed to using disposable sanitary pads over the past decades.

To discuss her film in depth, Kim joined the Korea JoongAng Daily for an interview on Tuesday. The following are edited excerpts. 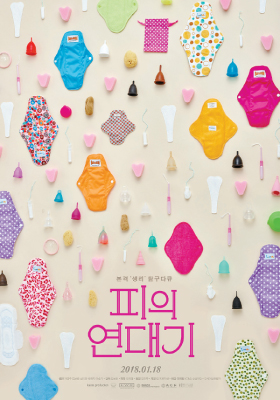 Q. Menstruation is not a common topic to deal with. What drove you to make a documentary about it?

A. I was neither a feminist nor a person with a deep interest in periods before I started making this movie. I was just an average woman writing film scripts for a living. But during a trip to Busan in 2015 to attend the Busan International Film Festival, I got a chance to talk with foreign filmmakers. After having growing close, a group of us - both women and men - got to openly talking about periods. Inspired by the talk, I searched for information on menstruation and found out about movements like the “free-bleeding movement” [in which women go without tampons, pads or other fluid-barriers and let their period blood flow]. I saw there was growing activism in regards to trying to change social perceptions of menstruation, and wanted to record this change.

The film also provides educational information on how menstruation has been perceived and the experience of using menstruation products not commonly found in Korea. How do you expect audiences to react?

I, myself, started making the movie without having much knowledge about periods. But as I researched the topic for the film, I was completely stunned to discover a new world. It was a surprise for me to find out that menstruation was considered unchaste not only in Christianity but also in Buddhism. After gathering more information, I started to wonder why the market in Korea uniformly provides disposable sanitary pads for menstruation and why women just conform to what they are given. I wanted to at least begin a dialogue about the social perception of menstruation and alert women of the options they have other than uncomfortable sanitary pads.

I believe one of the biggest reasons people often shy away from talking about menstruation is because men don’t go through it. Even open-minded men I have talked to didn’t really seem to understand the constant bleeding is something a woman can’t control. In order for the general public to have a better understanding of the topic, it is important for all students to get educated about it from an early age.

There is a scene where you dump a menstrual cup filled with your period blood into a sink. The scene seems a little personal. Were you at all hesitant about including the scene in your film?

I wasn’t hesitant at all about including the scene, but seeing the audience’s reaction, it certainly is the most controversial scene. I was planning to show blood from the beginning of the production. It was a matter of how. Originally, I wasn’t going to appear in the film, but I wasn’t sure about casting a woman to show her blood for the movie because I was afraid she may regret her choice years later. So eventually, it felt most natural for me to shoot the blood scene.

A diverse group of people, including students, teachers and entrepreneurs appear in the film for interviews. Was it difficult to find people willing to talk about their period?

It wasn’t easy. Only one out of every 10 people who I asked agreed to be interviewed. One interesting thing I found was that those who agreed to take part in an interview said, “For me, it’s okay [to talk about periods] because I’m married. I think she (referring to her friend) will do it too because she’s also married.” Hearing that, I realized what it takes for women, even today, to talk about their bodies on camera.

What’s the most memorable interview you had for the film?

In one interview, I heard a story of a high school girl who had to take contraceptive pills to play water sports during a school trip. She could have simply used tampons, but her mother, who grew up in a generation that used disposable sanitary pads, didn’t like the idea of something being inserted into her teenage girl’s vagina. Another girl told me she once bought a tampon to wear at the pool, but she could never tell her mother because she felt guilty. When you’re young, you don’t get to learn about these products because you’re too young. When you grow up, nobody tells you about them because you’re an adult. It seems women are not properly informed of what they should be aware of.

What’s hopeful is that 40 percent of the investors who invested in the film to help you with the film’s post-production were men.

Though I believe they were interested in the documentary, I think the bigger reason male investors accounted for that much is because there are more male users on Wadiz (a crowdfunding site). But what’s meaningful is that I don’t think many of them invested in the film expecting to earn profit out of it. I believe they pulled money out of their pockets because they agreed with the film’s meaning. In fact, the film is seeing a positive response from young men and fathers with daughters.